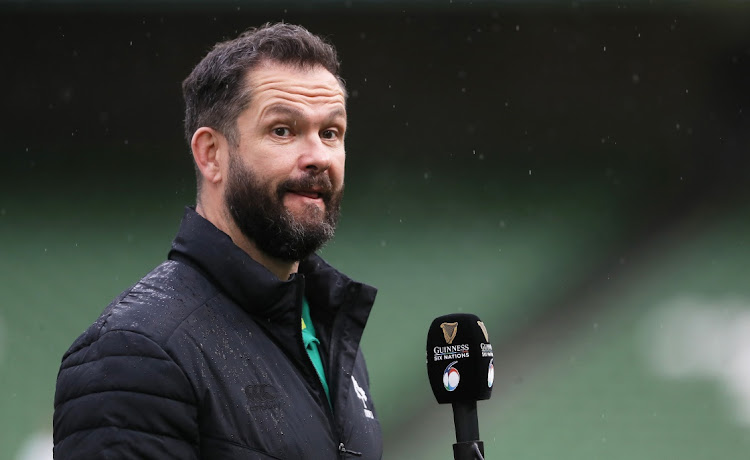 Ireland coach Andy Farrell described the northern hemisphere nations as being on fire after his side’s 53-7 thrashing of Argentina on Sunday capped an impressive few weeks for the best of the Six Nations.

Ireland’s eighth successive victory made it a sweep of weekend wins for the northern hemisphere over their southern counterparts after France, Wales and England beat New Zealand, Australia and SA on Saturday.

Ireland and France, who secured back-to-back victories over the All Blacks, won all three of their November Test games, as did England, whose last-gasp defeat of the world champion Springboks followed a comprehensive victory over Australia.

“The northern hemisphere teams have been on fire, haven’t they? Fair play to them, I thought the England, Wales and France games were fantastic to watch,” Farrell said.

Argentina coach Mario Ledesma, who saw plenty of New Zealand, Australia and SA in a chastening rugby championship campaign, described France and Ireland as the best teams of this international window and said Farrell’s men had hugely improved over the last couple of years.

While Farrell said Ireland’s performance wasn’t perfect, he was particularly pleased with how his wider squad responded after forwards Jack Conan and Iain Henderson were ruled out shortly before kick off.

Nick Timoney travelled down from Belfast on Sunday morning to join the replacements and came on for the last 20 minutes to join a back row featuring Peter O’Mahony, who added to the chorus of players praising the recent spell in camp.

“I’ve loved the month, it’s probably been one of the most enjoyable ones of my career and I’m sure a lot of the other lads would say the same,” said the stand-in captain, who won his 79th cap in a near 10-year international career on Sunday.

“It’s just been great fun. We’ve learnt a huge amount as a group but I think that cohesion that we’ve built has brought us to that next level.” — Reuters