All Blacks scrumhalf Perenara glad to have snubbed league 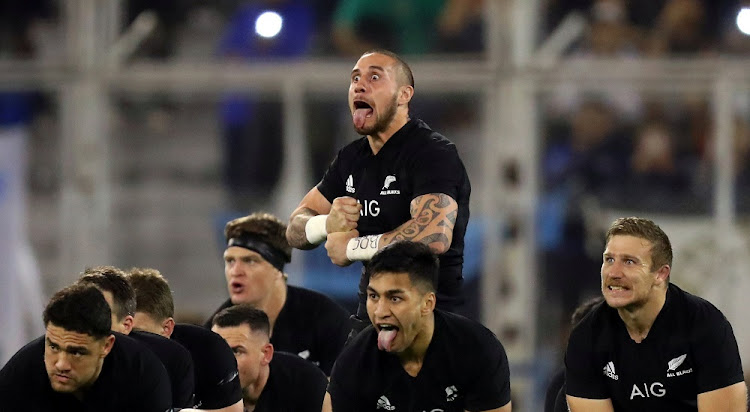 An unlikely late-career switch to rugby league beckoned for TJ Perenara before he came back from Japan this year but the New Zealand scrumhalf is glad to have stuck with union after a successful return to the All Blacks.

Perenara came off the bench in the second half of Sunday's 38-21 defeat of the Wallabies in Perth to set up a superb intercept try for George Bridge that effectively sealed the match.

In arguably the play of the day, Perenara swooped on a Wallabies pass, weaved through midfield traffic and booted the ball to the left corner where it bounced twice before landing in the gleeful arms of winger Bridge as he bolted to the line.

Perenara had no idea when he kicked that Bridge would latch onto it but he knew "someone" would be in the right spot at the right time.

"We pride ourselves on getting forward on linebreaks so when someone does make a split you often see a bunch of the boys will get their heads down and try to get up the field to be in support," he told reporters.

The 29-year-old has made a career of making the most of half-chances and delivering when called upon.

Despite long playing in the shadow of Aaron Smith, Perenara has racked up over 70 test caps since his 2014 debut against England.

His nimble feet have sidestepped countless defenders but revelations in April that he was mulling a career in Australia's National Rugby League wrongfooted everyone.

The league flirtation ended when Perenara re-signed with New Zealand Rugby and the Wellington Hurricanes in May after a stint with NTT Red Hurricanes in Japan.

It did not take long for Perenara to realise he had made the right call.

"I think it was cemented when I came home and trained with the Hurricanes, actually," he told reporters.

"Being back around the facilities, around the team and the environment, that let me know that I'd made the right decision."

Perenara arrived home too late to be considered for the All Blacks' July tests against Fiji and Tonga, but was recalled in coach Ian Foster's squad for the Rugby Championship.

With Smith staying home in New Zealand to be with his partner for the birth of their child, Perenara is battling Brad Weber and Scotland-born rookie Finlay Christie for the starting number nine shirt.

The All Blacks, undefeated after beating Australia twice, play winless Argentina on the Gold Coast on Sunday.

Perenara said the Pumas, who recorded their first win over the All Blacks in the Tri-Nations last year, would be a "different beast" to the Wallabies.

"They’re a very big team, they play with a lot of speed and a lot of passion ... We know how good they can be when they get it going well."