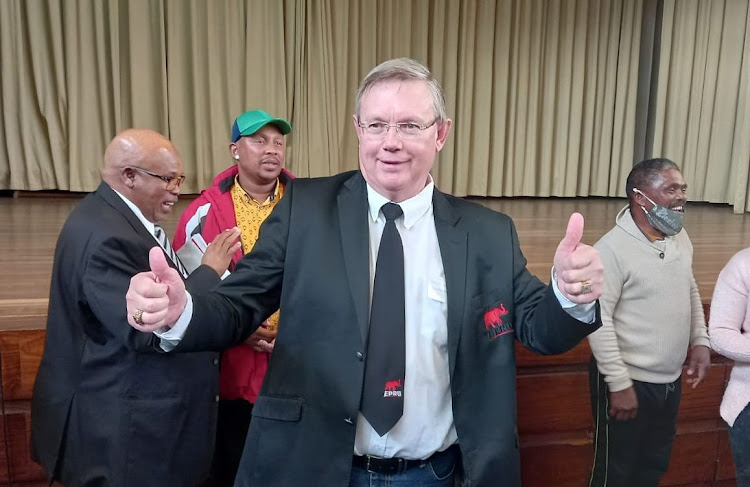 Andre Rademan celebrates his victory in the race for the presidency of EP Rugby at Cillie High on Saturday
Image: George Byron

Andre Rademan was elected to office for another term as president of EP Rugby following the organisation's annual meeting at Cillie High School on Saturday.

The race for the presidency was expected to be a tight affair but Rademan ousted fellow candidate Vernon Stuurman quite comfortably in the end.

The clubs voted 130-54 in favour of Rademan retaining the presidency.

The results of the election were::