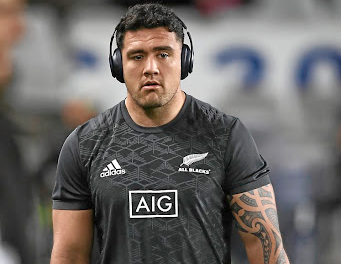 Australian rugby fans wallowing in Saturday's record defeat to New Zealand should not expect any respite in Brisbane next weekend with their trans-Tasman neighbours already turning their attention to securing the Tri-Nations title.

The All Blacks retained the Bledisloe Cup for an 18th successive season with their 43-5 victory at Sydney's Olympic Stadium, then celebrated by pouring what lock Scott Barrett said was about "40-odd" bottles of beer into the trophy.

Hooker Codie Taylor, however, said their celebrations were brief, and the team were reminded on Monday what coach Ian Foster and his staff expected of them against the Wallabies in Brisbane on Saturday and in later tests against Argentina.

"It was made pretty clear that it's time to move forward and there is a whole new challenge ahead," Taylor told reporters on a conference call. "We want to win that (the Tri-Nations)."

Foster is not expected to change much for the clash at Lang Park, with the All Blacks showing improvement each week and the dual-playmaking tactic of Richie Mo'unga and Beauden Barrett finally paying dividends.

The All Blacks have outscored the Wallabies 70-12 in the last two tests but Taylor said Dave Rennie's side had already shown what they could do when everything clicked.

Taylor also said he had spoken to Michael Hooper after the match and while the Wallabies captain was disappointed he still had confidence in the team and in what Rennie was trying to instil.

"When you're hearing that from a team that has lost, you're going to have stay on your toes because they're confident in what they want to achieve," Taylor said.

"I expect them to throw everything at us. I'm sure their focus is the Tri-Nations as well but in terms of playing us they have got nothing to lose."