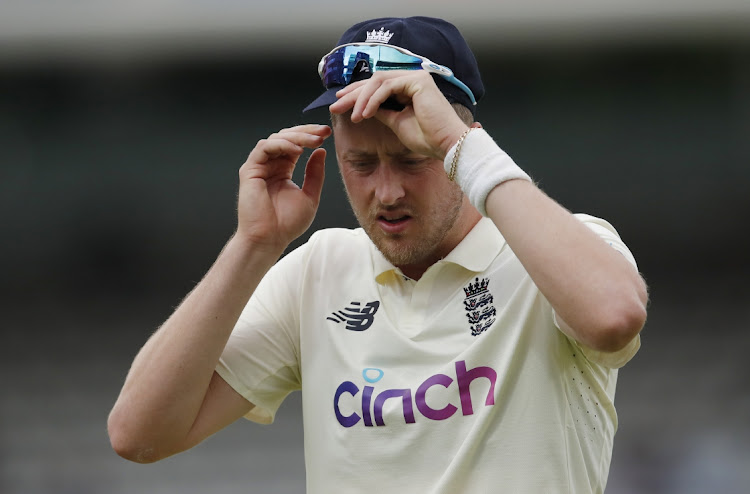 England have recalled fit again fast bowler Ollie Robinson for the first two Tests of their three-match series against SA that starts at Lord’s on August 17 as a replacement for the injured Jamie Overton.

Robinson has himself only recently returned to action after a back problem and will test his fitness in a four-day game for the England Lions against touring SA in Canterbury starting next Tuesday.

Sam Billings, who had been cover for concussed wicketkeeper Ben Foakes, drops out of the squad that beat India by seven wickets last month — a fourth win in a row under the new leadership of coach Brendon McCullum and captain Ben Stokes.

Robinson’s last Test was against Australia in Hobart in January. He has 39 wickets at an average of 21.28 in his nine appearances to date.

The squad is for the first two matches of the series at Lord's and then Old Trafford (August 25-29) and will be reassessed ahead of the third and final game at The Oval (September 8-12).