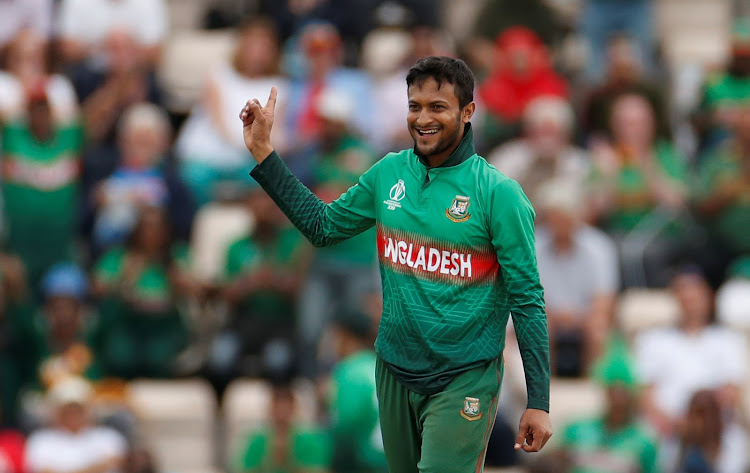 Bangladesh have built a "winning mentality" after claiming victories in their last three Twenty20 international series and that form will boost their confidence at the T20 World Cup, all-rounder Shakib Al Hasan said.

Bangladesh, coached by Gqeberha's Russell Domingo, defeated Zimbabwe 2-1 in a three-match series in July before beating second-string Australia (4-1) and New Zealand (3-2) sides in the following months.

"We have built a winning mentality, which will help us be confident in the World Cup," Shakib said. "I think we are well prepared, by winning these last three series.

"Such a winning streak takes confidence to a different level. You wouldn't have it if you played well but lost. We want to go to the World Cup with confidence."

Shakib and paceman Mustafizur Rahman will play in the rescheduled Indian Premier League in the United Arab Emirates ahead of the T20 World Cup, which will also be held in the UAE and Oman in October-November.

The 34-year-old said their game time in the IPL will benefit the team's preparation for the World Cup.

"I am hopeful that the IPL will help everyone," he said. "We will be spending time in those conditions, play matches too. 'Mustafiz' (Mustafizur) and I can share the experience with the rest of the team.

"Our team will be in Oman at least 15-16 days before the World Cup, which is enough time for acclimatising with conditions and wickets."

Bangladesh, who named their World Cup squad last week, begin their early-round campaign against Scotland on Oct. 17 and need a top-two finish in a group that also includes Papua New Guinea and co-hosts Oman to make the tournament's Super 12 stage. - Reuters