Pakistan’s Shadab Khan out of South Africa, Zimbabwe tours due to toe injury 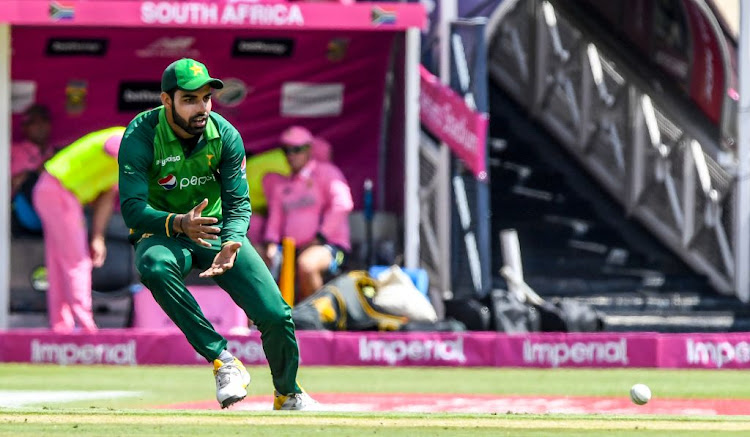 A toe injury has ruled Pakistan all-rounder Shadab Khan out of the rest of the tour of South Africa.
Image: Sydney Seshibedi/Gallo Images/Getty Images

Pakistan all-rounder Shadab Khan will miss the rest of the tour of South Africa and the tour of Zimbabwe due to a toe injury, the Pakistan Cricket Board (PCB) said on Monday.

The 22-year-old spinner will be sidelined for up to four weeks after sustaining the injury while batting during the second one-dayer in Johannesburg, which South Africa won by 17 runs to level the three-match series.

“X-rays conducted following the match revealed an ‘intra articular communicated fracture’ though there is neither any displacement nor angulation,” the PCB said in a statement.

“The injury will be treated conservatively and Shadab will undergo a four-week rehab.”

The third one-dayer takes place in Centurion on Wednesday followed by four T20s. Pakistan will travel to Zimbabwe for three T20s and two Test matches beginning on April 21.

Mewanwhile, Royal Challengers Bangalore batsman Devdutt Padikkal has become the third player to test positive for Covid-19 ahead of the new Indian Premier League (IPL) season, which begins on Friday.

Bangalore said Padikkal returned a positive result on March 22 before he was due to join the squad, which is in a bio-secure bubble in Chennai.

"He has been in mandatory quarantine at his residence in Bengaluru since then," the team said in a statement.

"Devdutt will be fit to join the RCB bio-bubble once his RT-PCR tests are negative, as per IPL protocol."

Participants will have to stay in a restricted health environment for this year's IPL, which will be played across six venues in India, initially without spectators.

Bangalore are scheduled to face five-time champions Mumbai Indians in the season opener on Friday at Chennai's MA Chidambaram Stadium.