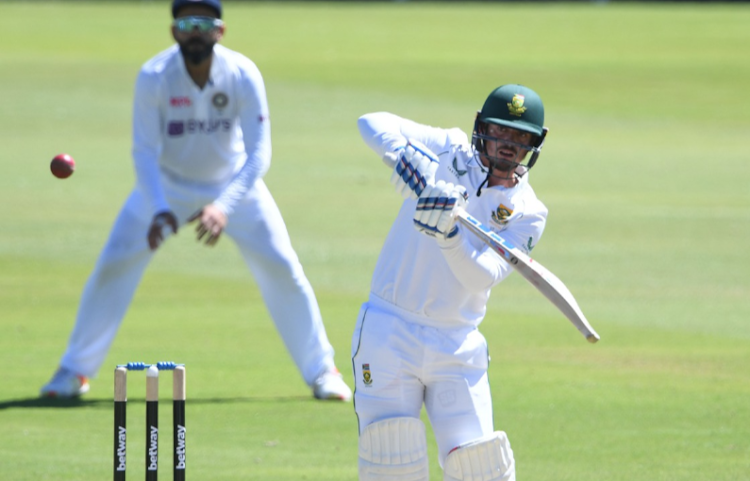 The announcement comes after the Proteas’ first Betway Test match against India in Centurion, where the visitors won by 113 runs and took a one-nil lead in the three-match series.

De Kock has cited his intentions to spend more time with his growing family for the timing and reason for his relatively early retirement from the format. He and his wife, Sasha, are anticipating the imminent birth of their firstborn child in the coming days.

The former Test captain’s talent as a wicketkeeper set him apart on the world stage, with 232 dismissals, including 221 catches and 11 stumpings.

De Kock has also taken the third-most catches in the inaugural ICC World Test Championship — 48 in 11 matches (47 catches and 1 stumping) and has a personal best of six dismissals in an innings, against England in Centurion in 2019.

“This is not a decision that I have come to very easily,” De Kock said in a statement.

“I have taken a lot of time to think about what my future looks like and what needs to take priority in my life now that Sasha and I are about to welcome our first child into this world and look to grow our family beyond that. My family is everything to me and I want to have the time and space to be able to be with them during this new and exciting chapter of our lives.

“I love Test cricket and I love representing my country and all that it comes with. I’ve enjoyed the ups and the downs, the celebrations and even the disappointments, but now I’ve found something that I love even more.

“In life, you can buy almost everything except for time, and right now, it’s time to do right by the people that mean the most to me.

“I would like to take this opportunity to thank everyone who has been a part of my Test cricket journey from the very beginning. To my coaches, teammates, the various management teams and my family and friends — I couldn’t have shown up as I did without your support.

“This is not the end of my career as a Protea, I’m fully committed to white ball cricket and representing my country to the best of my ability for the foreseeable future.

“All the best to my teammates for the remainder of this Test series against India. See you in the ODIs and T20s.”

“It’s sad to lose a player of Quinton’s calibre at what we still see as the prime of his career and relatively young life, but family, as we all say here at CSA, is everything. He has been a loyal and proud servant of the Proteas team for the last seven years and we are glad that we have not lost him from the game entirely.

“We value his contribution to the team as a leader and we are grateful for the time and energy that he has given the team in years passed.

“We would like to wish him and Sasha all the best ahead of the birth of their little girl and we are excited to be gaining another member in our cricket family. We look forward to seeing Quinton at his fighting best in white ball cricket.” — Cricket SA