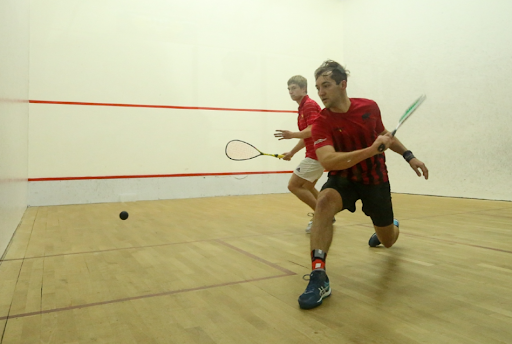 As the SA Country Districts began the hunt for a hat-trick of Kaplan Cup titles, Joburg Squash signalled their intentions with a hard-fought 15-9 win over Gauteng neighbours Northerns on the opening day of the Growthpoint Interprovincial in Gqeberha on Monday.

It was an impressive start by the Johannesburg women’s outfit, who are seeded fourth for the week, compared to Northerns’ two.

They clinched the match when No 2 Cheyna Wood shrugged off the loss of the first game against Farrah Fenner to win 3-1.

This result gave them three of the five ties after victories by Makgosi Peloakgosi and Panashe Sithole.

Northerns did not give up the fight, and good wins for No 1 Milnay Louw and Lara Patrick earned them nine valuable points.

In the men’s Jarvis Cup, top seeds SACD were too strong for host province EP and cruised to a 20-2 win, but other matches were more closely contested.

WP also lost two matches when they took on Zambia, but had enough strength down the order to take the five bonus points in a 15-7 result.

In other women’s matches, home team Eastern Province A, spearheaded by No 1 Hayley Ward, completed a satisfying opening day with full points from their matches against EP B and Midlands.

The provincial derby, however, threw up some close encounters, with both Kacey-Leigh Dodd and Janet Byrnes pushed all the way by B team opponents Bianca Brown and Alison Oshry.

Defending champions SA Country Districts gave notice of their form by overwhelming their opening day opponents, Zambia and EP B, though they did drop a match in the second fixture.

This came when EP’s Bianka La Mude saw off Cara Fourie, but not too much damage was done, with the SACD player picking up two games.

There will be tougher matches ahead, but Lizelle Muller’s SACD team, following wins in 2019 and 2020, have laid down an ominous marker.