'It is important for athletes to understand the finer details of contracts,' says sports agent 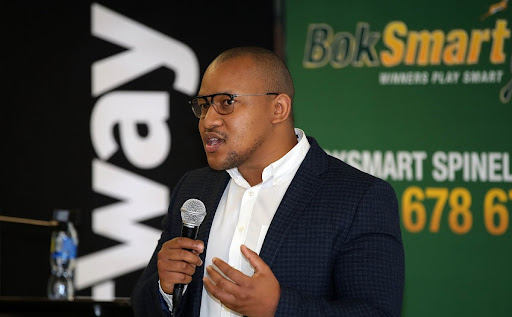 Attorney and sports agent Modise Sefume took aspiring coaches and players through the intricacies of professional sport and entertainment contracts during the Skills Hub held at the Free State Stadium.

While some of the high-end earners from SA’s top clubs depict the lavishness and glamour of being a sports star, Sefume highlighted that reality is far different for the general playing population.

Sefume was speaking as an invited guest on the final day of the #BetwayCares Skills Hub  where coaches and captains gathered for a World Rugby level 2 coaching course as well as a captains' workshop held over three days.

“Sport is a very short career and can be even shorter due to injuries,” he said.

“Be that as it may, athletes must consider other factors in addition to the salary on offer in order to sustain their playing careers.

“This includes the environment of the club, technical composition and of course the values that the club stands for.

“Such factors may seem insignificant compared to a lucrative offer. However if not taken into careful consideration, they can frustrate a player’s performance in the long run.”

Sefume said it was important for athletes to understand the finer details of such contracts as failure to do so could result in frustration and disgruntlement from athletes.

“First and foremost, an athlete’s contract is recognised as a fixed-term employment contract and must be treated as such by both parties,” he said.

“Just like any employment contract, it must clearly stipulate the duration, remuneration, expected role, as well as the terms and conditions of employment.

“A common frustration that players encounter is the usage of their image rights outside of their clubs or unions, which may or may not be stipulated in their contracts.

“For example, athletes are well within their right to endorse brands outside of their professional contract for additional revenue streams, provided that these are not competitor brands against their clubs and do not bring their employers into disrepute by association.”

The highly experienced attorney has heaped praise on Betway for spearheading such a “programme”.

He added that it is an applaudable initiative that sets them apart in sports sponsorship.

“I must applaud Betway for such a programme,” he said.

“Such conversations are left too late in players’ careers and for Betway to recognise the importance of this topic for players and coaches, truly demonstrates that they are a caring brand and a pioneer in the sports sponsorship sector.”