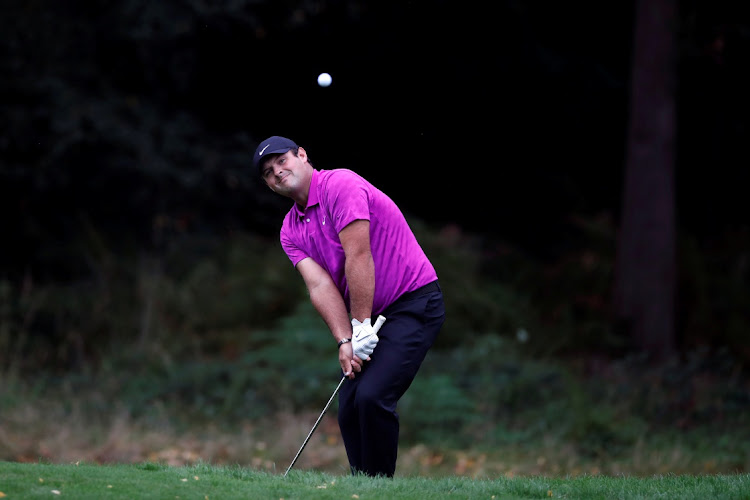 Patrick Reed of the US
Image: Action Images via Reuters / Paul Childs

"Captain America" won't be providing any electricity on the course for the United States Ryder Cup team later this month.

Patrick Reed was not among the six picks named by US captain Steve Stricker on Wednesday.

Stricker was provided an additional two captain's picks after the event was postponed from last year due to the coronavirus pandemic, changing the qualification period for the team.

Reed, who sports a 7-3-2 record and is 3-0 in singles play in three previous Ryder Cup appearances, appeared to be in excellent position to claim a spot before suffering a wrist injury and then being hospitalised with pneumonia.

After missing the first two legs of the playoffs, Reed qualified in the final position for the Tour Championship.

He moved up five spots to finish in 25th place, carding a low round of 66 on Saturday, but it was not enough to convince Stricker to put the polarizing Reed on his team.

At No 11 in the US Ryder Cup rankings and No 19 in the Official World Ranking, Reed is the highest-ranked player not to make the US team.

"Patrick Reed, that was a very, very difficult call," said Stricker, per Golf.com, adding that Reed was his first call.

"I kind of lost sleep over that one. He's a tremendous competitor, he brings a lot to match-play golf. His record here at the Ryder Cup is pretty darn good.

"It was a very difficult call. It wasn't an easy one. But I think it was just the uncertainty of his health, and really the lack of play that led to our decision down the stretch."

A clutch performer the last time the US won the Ryder Cup in 2016, Reed was embroiled in one of his many controversies during the 2018 competition won by Team Europe in Paris.

Late on Sunday of the event, Reed was quoted by The New York Times as calling the US pairing decision by captain Jim Furyk as a "buddy system" in questioning why his previously successful pairing with Jordan Spieth had been broken up.

Reed, 31, played for the US in the following year's Presidents Cup. His caddie and brother-in-law Kessler Karain was banned from Sunday's singles after an altercation with a fan.

But Stricker did not raise those incidents in relaying his conversation with Reed.

"He took it like a true champion," Stricker said. "I apologised many times to him and just wanted to make sure he knew it was a very difficult decision. He handled it like a champion and really took it well.

"Very disappointed as you could imagine, but he said all the right things and handled it very well."

While Berger was a strong bet to make the team, Scheffler was considered to be on the bubble. While ranked No. 21 in the world, the 25-year-old has yet to claim his maiden victory on the PGA Tour.

Scheffler also was chosen over Jason Kokrak, a multiple-event winner during the 2020-21 season who is ranked 27th in the world.

The United States will face Team Europe at Whistling Straits in Wisconsin from September 24-26.