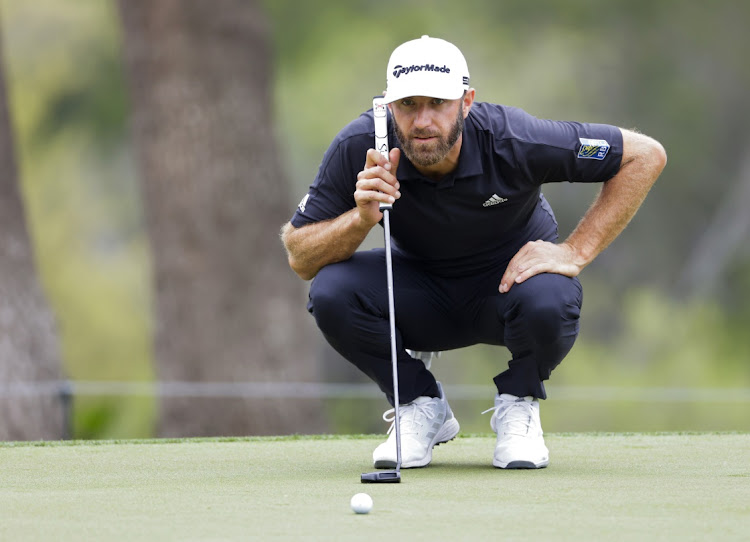 World No 1 Dustin Johnson withdrew from this week's Valero Texas Open  in order to prepare for next week's Masters.

The PGA announced Johnson's withdrawal on Monday and Johnson later released a statement through the entity.

"After much careful thought over the weekend, I have decided to withdraw from the Valero Texas Open," Johnson said in the statement.

"I now plan to spend the week at home in preparation for next week's Masters. I sincerely apologise to the sponsors at Valero and all my friends in San Antonio, as I realize this is disappointing news."

Just six hours before the PGA revealed Johnson wouldn't be playing in the event, Valero Texas Open organizers had announced Johnson had committed to play in the event in San Antonio. Johnson reportedly agreed to play prior to Friday's deadline.

Ryan Brehm will replace Johnson in the field.

The Valero Texas Open is a tune-up event for the Masters. Johnson won at Augusta last year to be fitted with his first green jacket.

Johnson was named PGA Player of the Year last season, the second time in which he has won the honor.

The top six players following the 2021 Tour Championship will earn automatic spots on the team.

Stricker will then make six captain's picks. If Horschel continues playing well, the 34-year-old may not need Stricker's help in making his first Ryder Cup team.

Horschel has rocketed up to No. 17 in the official world golf rankings with four top-10s in his past nine starts, including Sunday's win and a T2 at last month's WGC event at The Concession. While he has yet to play on a Ryder Cup team, Horschel was part of the winning 2007 Walker Cup team.

"I love playing for America," he said Sunday. "I love playing for the USA. I love when people are pulling against me because I love to just put that needle into them to show them that, hey, you try and do everything you can to affect me and it's not happening."

Johnson remains atop the US Ryder Cup standings. He's followed by Bryson DeChambeau, Justin Thomas, Brooks Koepka, Collin Morikawa and Xander Schauffele in the automatic spots. Koepka is currently recovering from a knee procedure, with his status for the Masters next month in doubt.

Patrick Reed is No 7, followed by Tony Finau, Daniel Berger and Webb Simpson ahead of Horschel. Scottie Scheffler, who lost to Horschel in Sunday's final, climbed eight spots to No. 14 as he also attempts to earn a spot in his first Ryder Cup.

Postponed from 2020 due to the coronavirus pandemic, the Ryder Cup will take place in September with the US playing host to Team Europe at Whistling Straits in Sheboygan, Wisconsin.