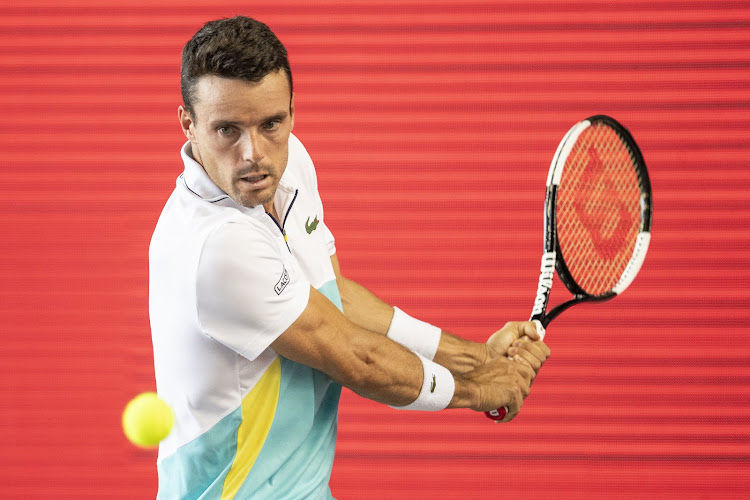 Roberto Bautista Agut has slammed the Victoria state government's quarantine requirements for tennis players ahead of next month's Australian Open and said being locked down in a hotel is like being in prison.

Passengers who arrived on three charter flights have been placed into hard quarantine, including more than 70 players who are unable to train outside their rooms for 14 days before the year's first Grand Slam starts on February 8.

A number of top players, including world number one Novak Djokovic, have questioned the need for mandatory hotel quarantine but Victorian premier Daniel Andrews said it was essential to stop the spread of Covid-19.

"It's like (being) in a jail," world number 13 Bautista Agut told Israeli television channel Sport 5.

"It's the same (as being in prison), but with Wifi. These people have no idea about tennis and about practice courts and it's a complete disaster.

"The control of everything isn't Tennis Australia, it's with the government (and health officials)."

Bautista Agut, who reached the Australian Open quarter-finals in 2019, said the conditions were taking a mental and physical toll on the players.

"It's tough and I think we have to work a lot mentally and be patient," he added.

However, Czech Barbora Strycova, a semi-finalist at Wimbledon in 2019, backed the strict health protocols and said she was getting on with it.

"I'm exercising twice a day, reading some books, being on social (media) and watching TV," she told SEN Breakfast.

"I can't really complain. I really have to go through it and try to be as positive as I can be."

Meanwhile, Australian authorities said mandatory hotel quarantine for people arriving for the Australian Open tennis tournament was essential to stop Covid-19, as the country recorded another day with no new locally acquired cases on Tuesday.

Some of the world's top tennis players including world No 1 Novak Djokovic have questioned the country's enforced 14-day hotel quarantine, suggesting they should be allowed to complete the process in accommodation with tennis courts before the tournament which starts in Victoria state on February 8.

But Victorian premier Daniel Andrews said he would not make changes.

"People are free to ask for things, but the answer is no," Andrews told reporters in a televised news conference.

"They knew what they were travelling into and we are not cutting corners or making special arrangements."

More than 70 players and their entourage are confined to their hotel rooms after passengers on three charter flights returned positive tests for the coronavirus. Victoria recorded four new cases in hotel quarantine on Tuesday, but these are not counted as community transmissions.

Andrews came under substantial pressure in 2020 after putting the country's second-most populous state into a months-long lockdown to fight a second wave of infections of the new coronavirus.

In neighbouring New South Wales state, Hollywood actor Matt Damon was granted an exemption from hotel quarantine after arriving to film a "Thor" sequel in Sydney.

Damon flew in on a private jet, will stay in a rented house under security and pay for hospital-grade cleaning for his 14-day quarantine, a doctor involved in his quarantine was quoted saying in local media. - Reuters