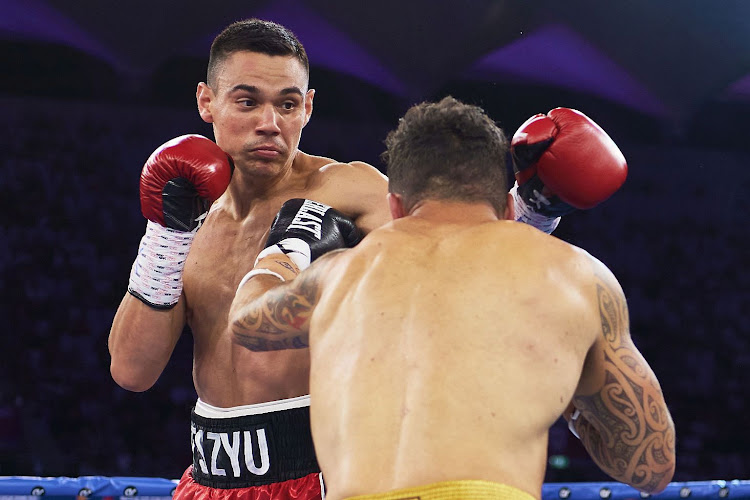 Australia's Tim Tszyu has targeted a world title shot on home soil after retaining his WBO Global and IBF Australasian super-welterweight belts with a first-round knockout of Bowyn Morgan in front of 11,820 fans at Western Sydney Stadium.

Tszyu's brutal demolition of New Zealander Morgan inside two minutes late on Wednesday took his record to 17-0 with 13 knockouts and the fighter a step closer to matching his Russian-born father Kostya as a world champion.

Complications caused by the Covid-19 pandemic mean Tszyu could be fighting for the WBO world title early next year against Argentinian Brian Castano and the Sydneysider was clear in his ambitions.

"I'm done with Australia. I want the Mexicans, the Americans, the top-level boys," Tszyu told reporters.

"I'm getting more mature. I just turned 26, I haven't even reached my peak. I've got another three or four years before I reach my peak.

"That's why I want the best experience, to fight the best fighters right now."

The WBO super-welterweight world belt is held by Patrick Teixeira but he has been given a deadline of January 6 to announce a mandatory title defence against Castano or lose the title.

The Brazilian is unlikely to meet the deadline because of travel restrictions caused by the pandemic, clearing the way for a Castano-Tszyu title fight early next year.

Tszyu said he would be happy to travel overseas but would prefer to fight in Sydney, where sporting events are being staged with crowds because of the country's relative success in containing the new coronavirus.

"You can fight in front of no one in America or fight here in front of a big crowd," said Tszyu.