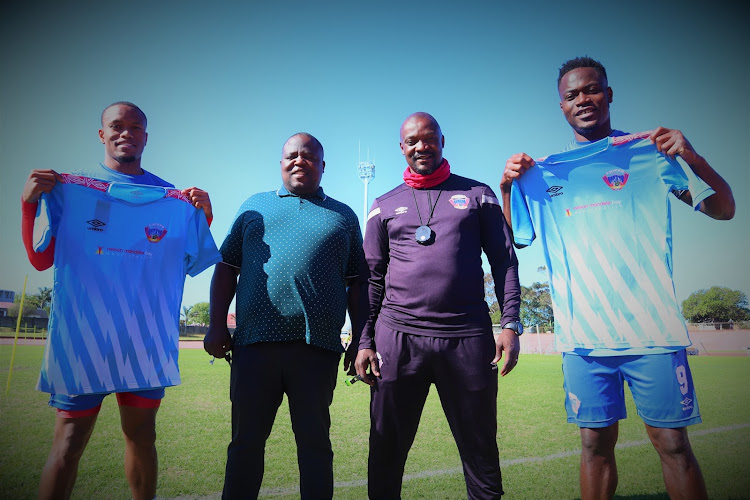 In an attempt to boost their strike force ahead of the new Premiership season, Chippa United have singed Cameroonian international striker Eva Nga Bienvenu.

The Chilli Boys were the lowest scoring side last season having netted only 18 goals.

They will now pin their hopes on the 27-year-old former Bidvest Wits marksman to get the goal scoring tally ticking this coming season.

The Port Elizabeth side confirmed the Cameroonian signing in a Facebook statement on Tuesday.

“Eva Nga played for Costa De Sol who won the 2018/2019 Mocambola in Mozambique,” the statement read.

“He was the top goal scorer with 25 goals and player of the season, before moving to the now defunct Bidvest Wits in January 2020.

“Eva Nga Bienvenu has signed a two-year contract with a year extension option.”

“Riaan is an integral member of the Namibian national team having featured in the last edition of the African Nations Cup.

“He has signed a three-year deal with a two-year extension option contract.”

This comes after the exodus of 15 players which was announced by the club on Monday.

Chippa also opted not to renew the contracts of Thabo Rakhale, Boikanyo Komane and Gerald Modisane which have lapsed.

The club further announced that on-loan Orlando Pirates trio of Diamond Thopola, Tercious Malepe and Meshack  Maphangule would not be returning to Chippa as their deals had lapsed.