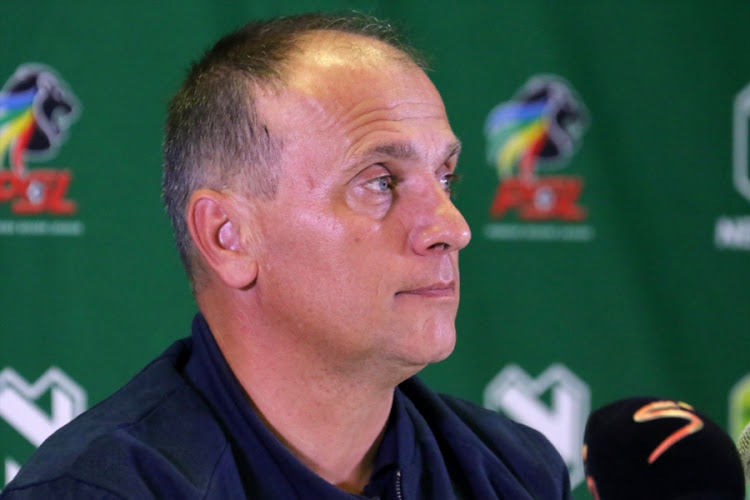 The Serbian-born coach said he was expecting Matsatsantsa to come hard at them and they would treat the game like a cup final.

He said his team were in a tight spot but had nobody to blame but themselves for having to fight for a top-eight position.

“We dropped the points against Ajax Cape Town mainly.

“Now we dropped another two points [against Bloemfontein Celtic], but we were the better team in both games.

“We were supposed to win one of those two games to get more time and have more peaceful games.

Heric said it would also be difficult to go to Polokwane City, but a win was not impossible as they were playing much better football now.

“We just need to take more shots, make more appearances in the box and more execution.

“More goals must be scored, but we’re creating nice action in the zone three.

“We dominated in both games, even against Chiefs we dominated, but this domination means nothing if we don’t materialise the good runs and good tactical discipline.”

The Serbian was happy with the contribution of senior players such as trickster Mark Mayambela and he was also relieved at the return of Mxolisi Machupu who was effective in the clashes against Kaizer Chiefs and Ajax .
“We have better input from senior players now. They show that they are responsible during the games, from Mark [Mayambela], Kurt Lentjies, and others.

“They are fully dedicated and we appreciate the guys’ loyalty.”

Heric said that returning to the Sisa Dukashe Stadium was a huge boost to his players as they got much-needed support from the East London crowd.

“Sisa is our heart, our 12th man is always present and there’s tremendous support there for my guys.

“They give us energy and extra power to my players, so I’m very glad that we are going there and we’ll see next season when to host more games this side.”

Though Heric said he was satisfied with being in seventh spot on the log-standings with 35 points, he cautioned about being complacent.

“We must be alert because the log is narrow. The people behind us have an easier game than we have. Because we are facing two teams that are fighting for life now.

“It’s going to be very tough as you could see SuperSport giving a very big fight to Free State Stars during the week.

“They were all over them in the last 15-20 minutes and I expect the same approach from SuperSport.

“And they are not relegation material, they are one of the best teams in the country in a crucial position.

“But I’m positive and I believe that my players will rise to the occasion and do the job.”