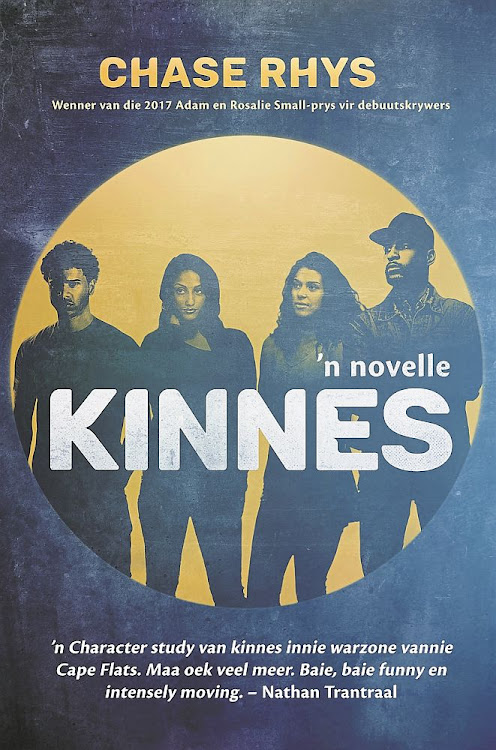 Kinnes is the debut novel of the winner of the inaugural Adam and Rosalie Small Award for Debutant/Debutante Writers, 29-year-old playwright Chase Rhys.

According to Rhys, he wrote the book to honour the lives of children who become victims of violence on the Cape Flats.

Having grown up in Ocean View, Cape Town, he has been quoted as saying he used elements of his personal experiences to create his characters.

The book is written in colloquial Afrikaans with English thrown in, giving an authentic Capetonian feel.

It might not be the easiest read for those not familiar with the dialect, but Rhys’s use of language it gives the book a depth that could not be achieved any other way.

He also goes back looks at the previous generations and how everyone eventually ended up in their various roles.

From a mother turning a blind eye on her child’s crimes to father figures forced into gangsterism as they see this as the only way to survive, you find that not everything is as black and white as it seems at first.

The book is set in Jurassic Park on the Cape Flats where gang leader Brandt has had a taste of fame acting in a movie filmed there. He opts to follow the limelight using intimidation, violence and social media as his tools.

Meanwhile, the future doctor and lawyer of the area find themselves dealing with teenage pregnancy, the need to support a child and extreme heartache.

The fairly short book – 204 pages – is a real page-turner, which manages to entertain, educate and leave you feeling like you have been let in on a tragic community secret.