150 years of PE history captured by the camera 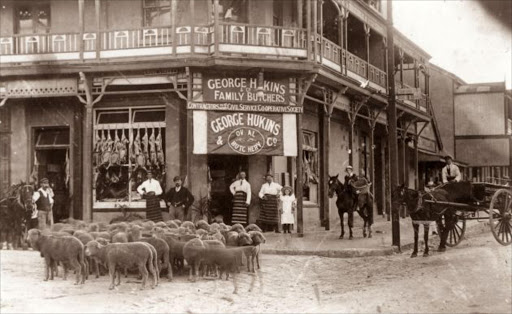 More than 150 years of Port Elizabeth history will come into focus when an exhibition by veteran photographer Bob Binnell opens this weekend.

Together with his own pictures taken since 1959, Binnell, now 78, has collected landmark pictures of the city dating back to 1864 – 48 years after the first camera was invented in 1816.

A selection of about 100 large-format photographs will be on display at the Alliance Francaise at 17 Mackay Street, Richmond Hill. The official opening is at noon tomorrow and the exhibition will run until April 13.

Binnell became interested in photography while in his senior years at the Christian Brother’s College in Port Elizabeth.

He worked for Jack Arnold Studios in the city for a year before becoming an in-house photographer at General Motors. He also freelanced for the city’s newspapers and overseas publications.

After six years with the motor company, Binnell opened his own studio and, during the ensuing decades, captured historic events in the city and its industries.

He also recorded landmark events at the Port Elizabeth Harbour and became an expert aerial photographer.
Many of these pictures will be on display at the exhibition titled “Port Elizabeth in Days Bygone”.

“The oldest picture is a historic view of Main Street (now Govan Mbeki Avenue) in 1864. Obviously that was not taken by me, but is one of many pictures I have collected through the decades in an effort to maintain a pictorial record of the city’s heritage,” Binnell said.

Subjects covered include the beachfront, old South End, Main Street, the original Apple Express, the dolphins at the Oceanarium, maritime industry developments and the automotive history.

Binnell said photographic technology had changed dramatically over the decades.

“I started with a box brownie at school and then began using a big speed-graphic camera, processing the plates myself, often only in minutes,” he said.

“But now I use 35mm digital cameras,” Binnell, who is semi-retired, said.

“The changes have been revolutionary with cellphones now able to take good quality pictures.”