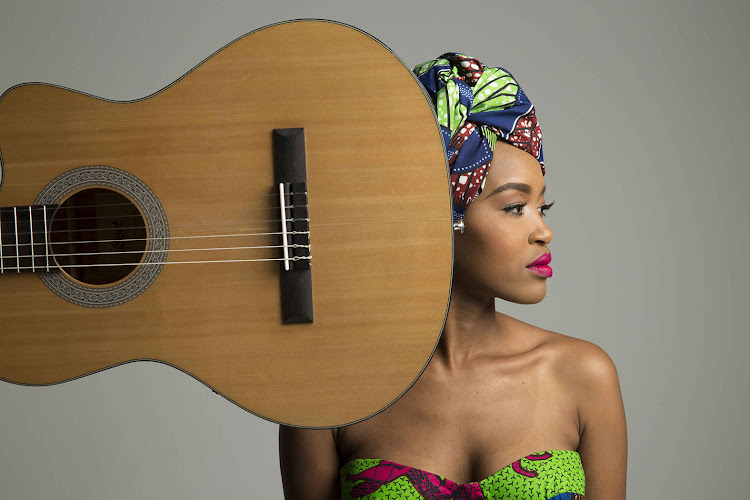 Multi-award winning singer-songwriter Berita is gearing up for her virtual concert on the Urban Live Sessions stage on Saturday at 8pm.

The Urban Live Sessions are a lockdown version of the Urban Sessions live-streamed from Shine Studios in Johannesburg.

The live series has featured multiple SA musicians across genres with more celebrated names such as The Parlotones, Brenda Mtambo, Sun-El Musician and Amaeshi Ikechi still to come.

“I am looking forward to taking [viewers] through my musical journey thus far.

“I am grateful for this moment which I will be sharing with my beloved band whom [I've been on] many festival stages with across the country,” Berita said.

Hot on the lips of Berita’s fans is her song Jikizinto from the album Songs in The Key of Love.

The singer last week released the official video of the song.

The song is the story of a woman waiting for her long-lost lover to return home so they can make amends where they fell short.

In the lyrics Berita expresses sadness and a longing for her loved one to return home while, in the chorus, there is a sense of optimism that there will be change as he returns home.

In the video, shot during the lockdown, Berita delivers a stunning performance looking directly into camera.

Colourful shots, animation and styling are contrasted by moody scenes in a gloomy setting.

This was her way of communicating the abrupt transitions that took place for things to change in situations that required heart over mind, she said.

The music video was directed by Wow Factory’s Onkabetse Mtshweni.

The video drops just as Berita is about to release her follow-up single Siyathandana, featuring Port Elizabeth’s Amanda Black.

Jikizinto was released on August 4 on YouTube and has been viewed more than 76,000 times.

Tickets for Berita’s Urban Live Sessions show are available on the Computicket website for R80.