A fractured marriage can be restored 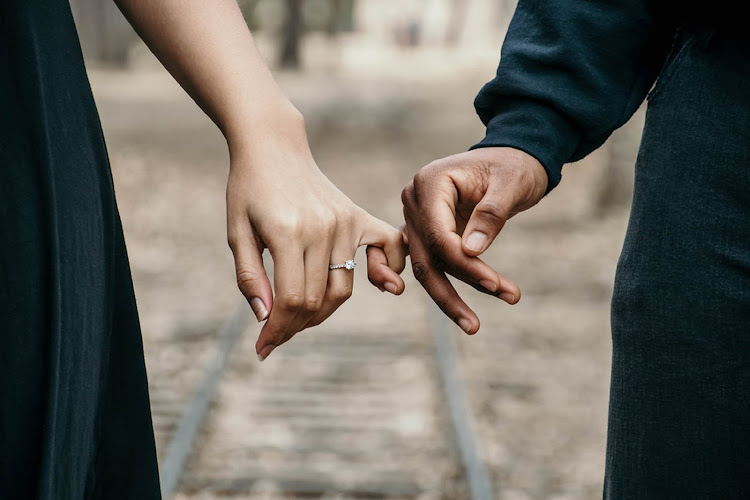 Marriage is about our individual convictions to commit and devote ourselves to the vows we made to one another write Mo & Phindi
Image: www.pexels.com

Our marriage has seen some of the darkest seasons that others just don’t survive.

And as much as we’re still growing in life, we know enough to boldly conclude that any fracture in a marriage can be healed and the marriage be fully restored to health.

And we mean any fracture, including what we generally list as deal breakers.

Any two mature adults, who want to remain committed in their marriage, can cultivate and maintain a healthy relationship if they want to in spite of the challenges their marriage may have gone through.

At the risk of being offensive and trivialising genuine challenges many couples go through, we don’t believe there are differences that cannot be reconciled.

Love never fails. It is patient, and endures all things, yet not gullible or naive.

There may be too many wounds; too much damage, and it seems impossible to get past the hurt.

But as a couple, you can decide to re-engage and reconnect in a deliberate and purposeful manner. It’s never easy, but it can be done if you want to. The following are some of the ways you can fight for your marriage.

Accept the things you cannot change

Accept that you cannot change your spouse, and rather focus on the one person you can change — you. Furthermore, you can’t change past experiences, decisions or remarks. But you can discover ways to process and reorient the past or make amends for any wrongs committed and move on.

Stop taking one another for granted

Express gratitude to one another. Say: “Thank you”, “I appreciate you”, “I’m sorry”, more often. Celebrate milestones by planning something special or out of the ordinary. Tell her how much it means to you that she cooks a great meal — or vice versa. Pay attention to the little things and act like someone who values your spouse and the relationship.

It’s unfortunate, but time has a way of eating away at our priorities. Even worse is if we don’t know that our spouses come first, above everyone alive and everything else around us. “You’re the most important thing in my life” often gives way to a career, children, ageing parents and so on. There is not much harmony in a marriage when one spouse feels he or she is always playing second fiddle, even to the children. Happy children are those whose parents love one another.

Start all over. Remember the early years and build from there. Get silly with one another. Lighten up and laugh. If you don’t feel like it, do it anyway, then you’ll remember why. Love one another until it’s no longer an effort.

Having the same old fights over and over again is a sign of stagnation and lack of growth. Choose to be teachable and learn so you can grow. If you have to “fight” over anything, then for goodness sake, let it be over something new.

Embrace a life of grace

Both you and your spouse are imperfect and you live in an imperfect world. As life happens, some of the most hurtful stuff happens to even the most “undeserving” people and often by no fault of anyone. When you embrace a life of grace and forgiveness, you tap into a life of true freedom. You release toxic feelings of guilt, regret and shame as well as any lingering root of bitterness you may develop towards your spouse. You become bigger than the situation you may find your marriage in. Embracing a grace-based lifestyle gives your marriage an opportunity to deflate what ordinarily would flame deep-seated anger inside you, and offers you an opportunity to approach issues with cool heads.

If you can learn to always turn towards each other even when things aren’t that great between the two of you, you will be opening your marriage up to so many possibilities of victory over trying circumstances. Unity — being of one mind, speaking with one voice and one language — is the glue that will hold you together through it all. There is no challenge strong enough to destroy your marriage as long as you both deliberately keep it in your consciousness not to fight each other, but unite against the challenge you face. When you fight your spouse over whatever challenge you ought to team up against as a unit, you sabotage any chance of victory over that challenge. Have the bond of prayer tie you together in unity.

Your marriage must be bigger than you

The fact that it’s our choice who and when we marry, doesn’t necessarily mean it’s our choice to abandon that decision any time we choose for any reason. Life does not revolve around us, and your marriage isn’t about you and your happiness. It is part of a bigger picture that affects you as individuals, your children, relatives and the broader society.

Couples who are serious about life together, have the courage to search for meaning as a team, especially if they initially married randomly. Such couples understand that life isn’t always about song and dance. They pursue shared meaning and purpose to live fulfilled lives, and leave meaningful legacies.