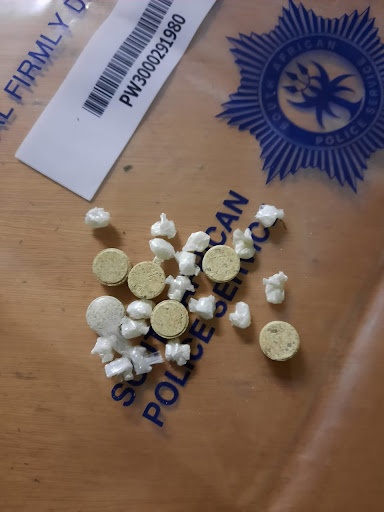 The release of quarterly crime statistics earlier in June paint a scary picture of the extent of drug trade and use in Nelson Mandela Bay.

The statistics indicate that more than a third of drug-related crimes reported by the Eastern Cape police in the first quarter of 2022 occurred right here in the Bay.

So worrying is the scourge that provincial police spokesperson Brigadier Tembinkosi Kinana confirmed police had allocated additional resources to deal with the problem, with police units in the affected areas looking into participating in special projects and campaigns with other stakeholders and government departments, including community safety and social development.

Drug-related crimes surged, with a total of 3,019 busts reported by the police across the province between January and March.

Of particular concern to Bay residents is that 1,115 of the province’s drug-related crimes over this period took place in their backyard.

These cases are up from 1,038 in the Bay between the reported period this year and the corresponding period last year.

More than a third of drug-related crimes reported by the Eastern Cape police in the first quarter of 2022 occurred in Nelson Mandela Bay.
News
1 month ago

And officials are increasingly pointing to links between the prevalence of drugs and violent crimes.

“The level at which drugs are circulating and abused in city centres, townships and villages, especially by young people, is a serious cause for concern,” Kinana said, identifying the Bay as one of three hotspots in the province.

This comes as no surprise to people and organisations in the Bay involved in the treatment of drug users.

A staff member at a private drug rehabilitation facility on the outskirts of Gqeberha said the availability of drugs affected its patients’ ability to remain sober once they had completed their treatment.

The staff member said they had between five and 16 patients at any given time and while they had “some wonderful success stories”, they also had relapsing patients return up to four times.

“The best way to stay clean is for patients to remove themselves from the environment that led to their drug abuse in the first place, but that is often not possible.

“And with drugs being so prevalent in and around our city, it’s often just a matter of time before they fall back into their old patterns.”

While we welcome interventions by police and other governmental departments to address this scourge, we hope it does not just become another talk shop.

But we also need to address the availability of affordable, if not free, drug rehabilitation facilities and treatment if we are truly to tackle the prevalence of drugs in our communities, as often these are out of reach for many addicts.