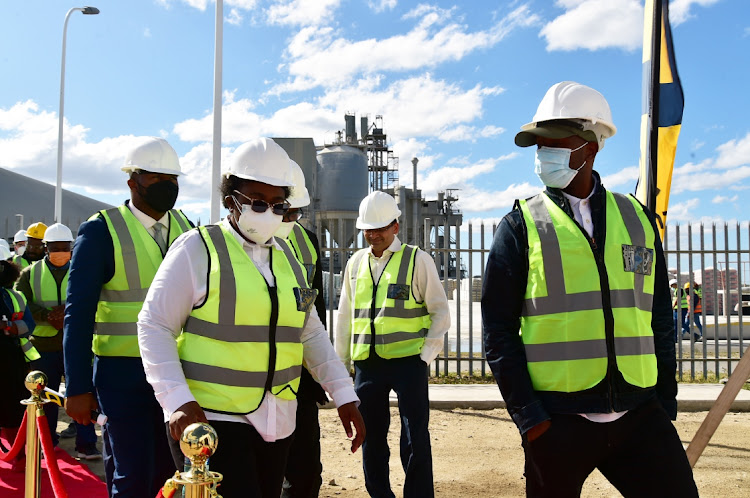 The success of local cement producer Cemza is a testament to the success of special economic zones (SEZs) in SA.

This is according to finance MEC Mlungisi Mvoko, who was at the Cemza factory in Coega’s SEZ on Friday, along with human settlements minister Mmamoloko Kubayi.

They toured the state-of-the-art cement grinding mill and were given an update on the company since it started trading three years ago.

Cemza is the only manufacturer of cement in the province and was funded in partnership with the department of trade, industry & competition (DTTIC).

The investment by Cemza, said DTTIC chief director Dr Tebogo Makube, was admirable, especially as there was a lack of certain raw materials needed for cement production.

In light of cement imports that increased by 18% in 2021, Makube said that with tariffs, the government’s public procurement policy to purchase from companies that produced locally was a plus for the industry.

“The public procurement bill has been tabled at Nedlac [National Economic Development and Labour Council] to deal with the reforms and the government is legally bound to come up with measures and instruments, including procurement, to support the development of this industry.”

He said the department would be looking to further support the company as it moved to increase its market reach beyond the Bay and province.

Mvoko said the investment into Cemza aided the efforts for re-industrialisation.

“The investment is most welcome, especially since we as a province are in the process of building a fast-growing and inclusive economy.”

He said the success of Cemza was proof of how SEZs could be at the centre of driving economic growth.

“Judging by the amount of investment we have managed to attract from both the East London and Coega development zones, outperforming all our other investment attraction efforts in the province, they remain our engine of economic development,” Mvoko said.