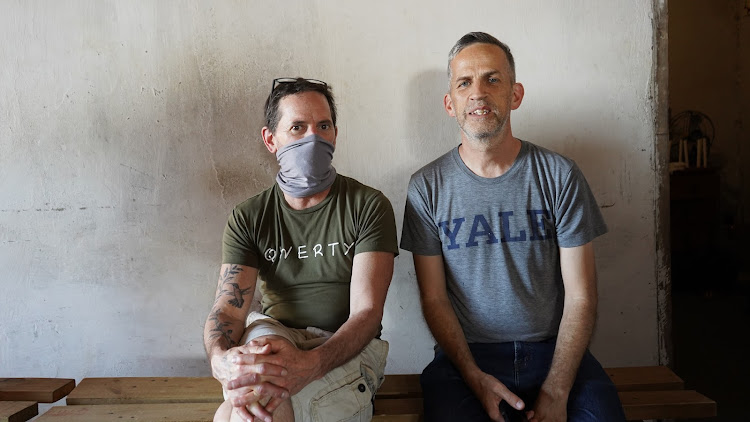 A community leader, an artist, an activist, a philanthropist and a father to many young children from the impoverished township of Joe Slovo in Gqeberha has died.

These are just a few of the hats art teacher and ArtWork for Youth initiative founder John Lombardo wore until his untimely death in New York earlier this week.

Friends and family confirmed reports that Lombardo had taken his own life on Monday, however no further information is known at this stage.

Gqeberha photographer Sandy Coffey, a close friend of Lombardo, said he bought a one-way ticket to New York a few months back, but was close to his family and during his trips abroad would often visit home.

His death came as a shock to everyone who knew him.

“We first met when he moved to SA and we started Spring schools together through the GFI Gallery,” Coffey said.

“He brought his students along and they always provided so much diversity.

“They were a delight and we could see John’s influence in them.

“He was completely dedicated to them and their wellbeing.”

Lombardo started the ArtWork for Youth initiative in New York 2002.

One of the schools he worked with had close ties to schools in Gqeberha, more specifically schools in Joe Slovo township, and shortly after visiting these schools, he established an ArtWork programme locally.

Lombardo’s older brother, Billy, posted a touching tribute to his brother on Facebook on Thursday, detailing their close relationship and how they had worked together on some youth enrichment projects.

But he mostly spoke of the far-reaching impact Lombardo had on the youngsters he had worked with.

“ArtWorks for Youth gave a voice to thousands of students through the visual and performing arts, podcast creation and filmmaking, and soon expanded its efforts to meet many additional needs of the children and families of Joe Slovo and the surrounding townships, offering health education, academic support, college guidance, emergency food and medical supplies, and counselling.

“John and his team helped students through domestic abuse at home and found appropriate, safe housing for many children and families,” Billy wrote.

He also detailed how Lombardo once arranged travel, sponsorships and medical assistance for a young South African boy who needed a cornea transplant at a hospital in New York, showing the lengths he went to for the less fortunate.

My youngest brother, John “Johnny” Lombardo took his life this past Monday. I’m so sorry if this is how you have learned...

In 2020, when Covid-19 regulations were most stringent, Lombardo had to close down the ArtWork for Youth programme, but immediately started campaigns to assist families in need with food and other necessities.

Within a short space of time, he managed to secure food parcels for more than 50 families in the communities he served.

Asked what she would remember most about Lombardo, Coffey said his sense of humour, empathy, and above all his loyalty.

“He always had time, no matter what.

“And John might not have had any kids of his own, but he helped raise generations of youth in the poorest parts of Gqeberha.

“He was a father to those kids,” Coffey said.

In 2020, Lombardo was named The Herald Citizen of the Year for the small NPO category.