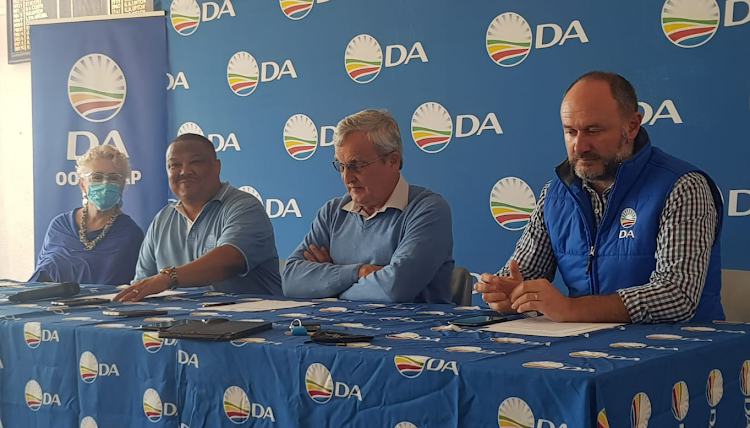 With one month left before dams start to run dry, Nelson Mandela Bay has no emergency plans in place.

This is according to the DA, which held a media briefing on Friday, outlining a plan the party believes will assist in delaying taps from running dry.

DA MPL Retief Odendaal said the only way to prevent disaster was to drastically reduce the water demand from 280ML a day to 230ML/d.

“If we can reach this target, we should theoretically be able to stretch our remaining water supplies until the end of October,” Odendaal said.

DA caucus leader Rano Kayser said though panic should be avoided, residents and businesses deserved to know what contingency measures were in place to provide people with potable water.

In a bid to mitigate the situation, the party said emergency measures must be implemented immediately to lower consumption.

Such measures included: leak repairs, increasing the number of meter readers, appointing a water squad, closing schools during periods of inactivity, increasing the installation of throttling devices, establishing a high consumer call centre, and increasing the percentage of water to be recycled at car washes to 80%.

The party also wants to investigate and apply any additional capacity from the Nooitgedacht Water Scheme, while fast-tracking boreholes that are close to dams and do not require water treatment facilities.

Bay infrastructure and engineering executive director Joseph Tsatsire did not respond to a request for comment on the contingency plan the metro had in place.

He added that complete transparency by the municipality regarding the water crisis was paramount.

“It is vital that residents, the business sector, hospitals, schools, the airport and more, are informed of  which areas will be affected, and when, so that they can start making alternative and emergency plans,” he said.

“Officials must explain the affect on our reticulation system at various stages of the drought.

“We may not be in government but that will not stop us working day and night in the interests of the residents in this looming crisis.”