IN THE GARDEN | Take your cue from the veld

Wild and wonderfully colourful specimens at home in the garden too 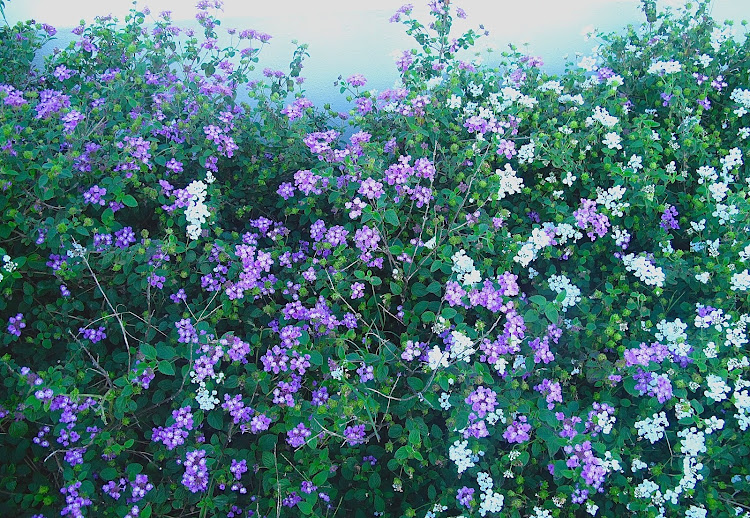 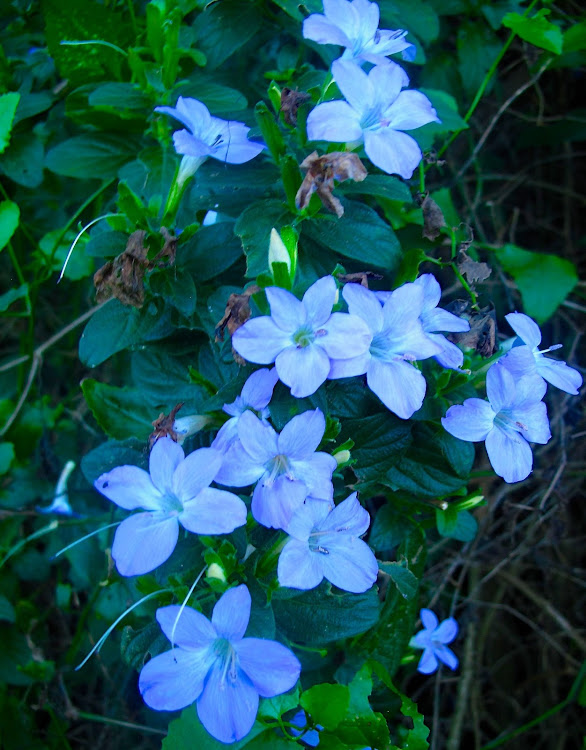 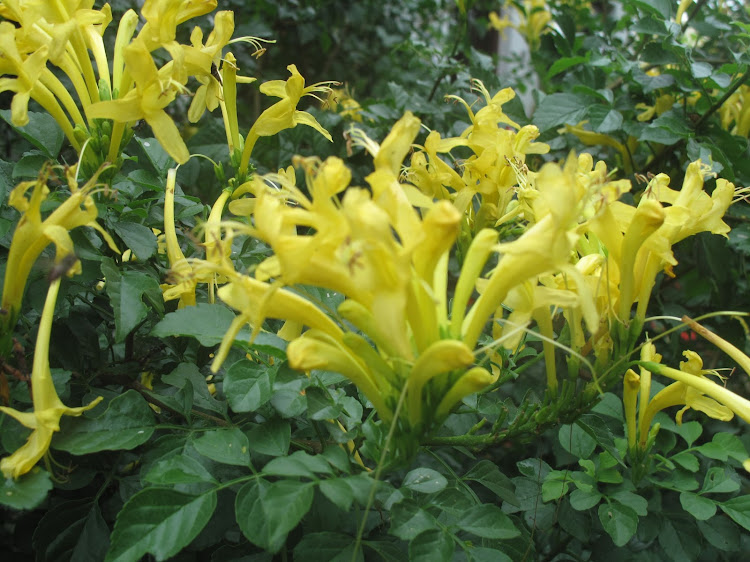 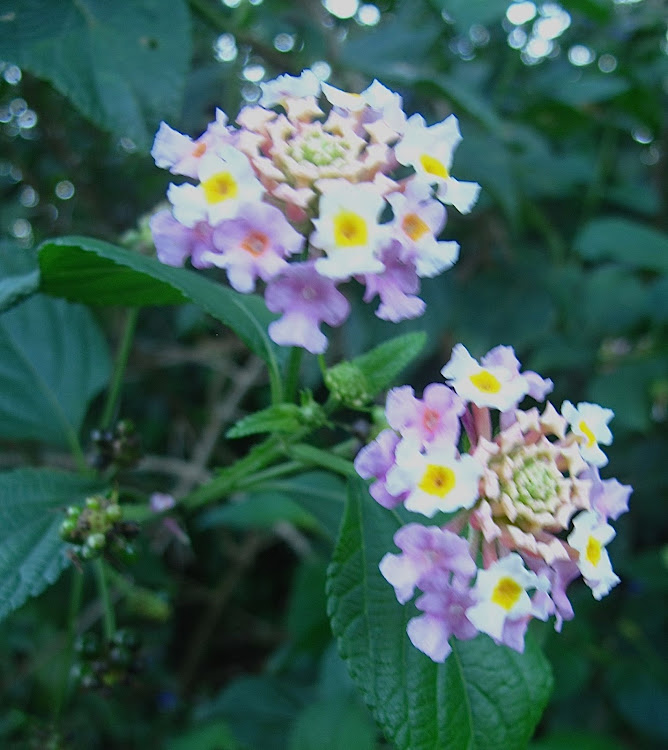 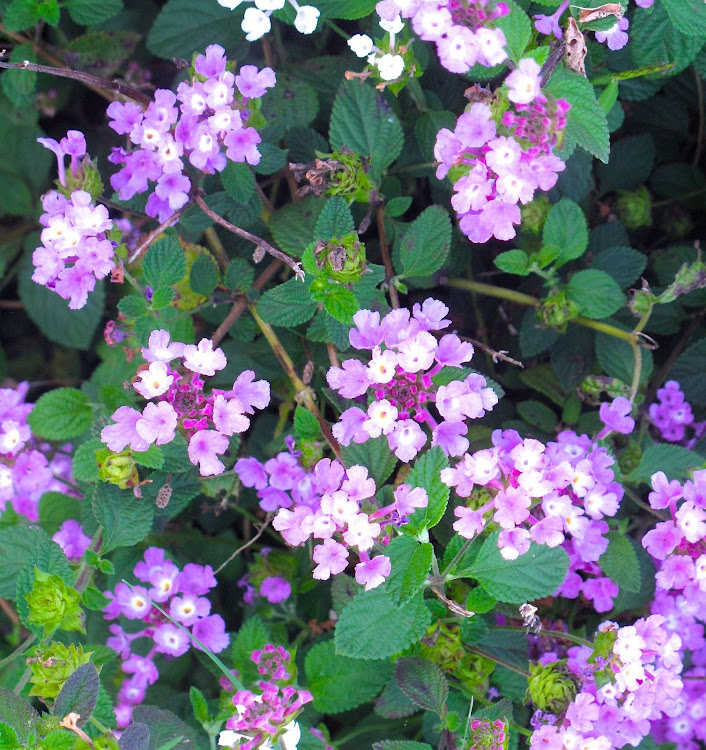 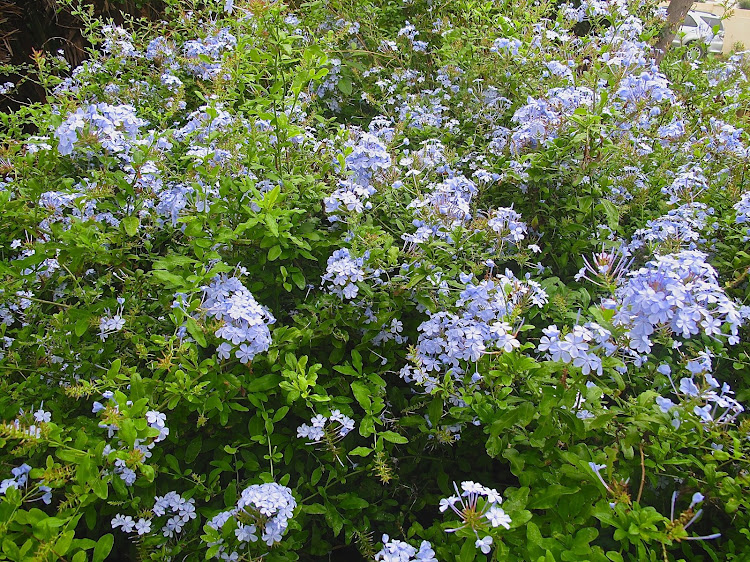 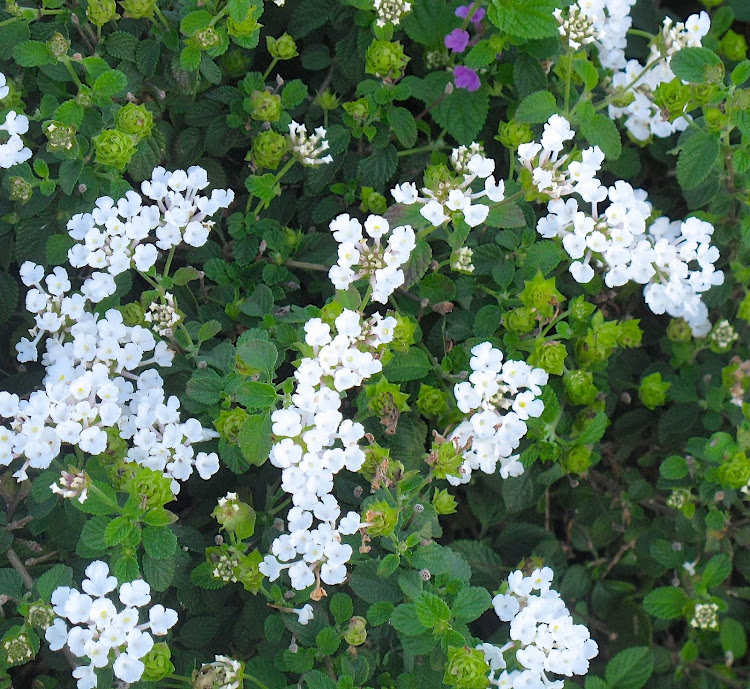 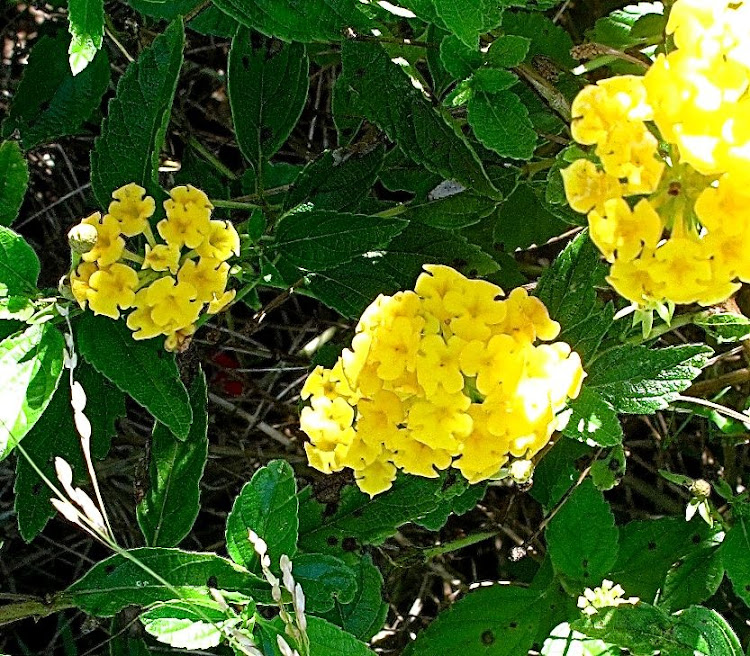 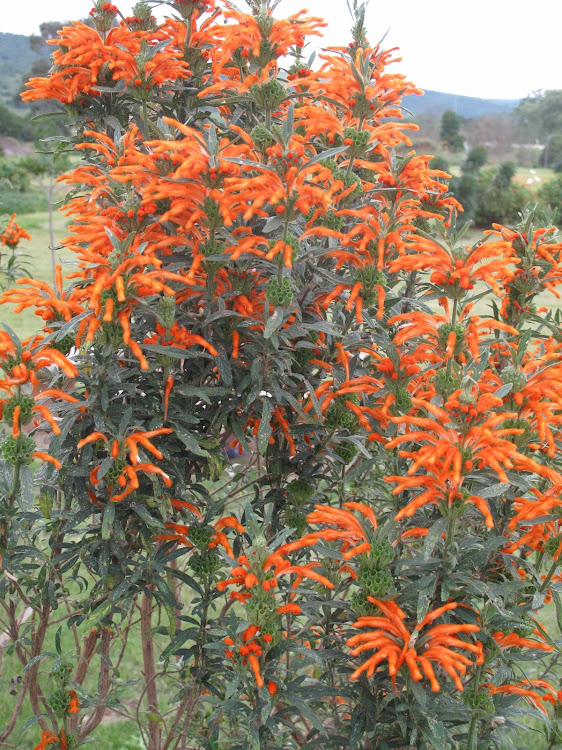 If you take your cue from the wild veld surrounding us now to know what’s in flower, you would notice pretty pink and white flower-studded Lantana camara, the orange blooms of the wild dagga plant and Cape honeysuckle, complemented by the blue plumbago and bush violet.

The bonus of this season is that as the weather cools we feel more energised to appreciate the environment and inspired to contribute to it.

All the flowers in the veld are worthy of planting in the garden, except for Lantana camara which has a reputation as one of the worst weeds in the world for its toxicity to both man and animals.

That aside, there are childish games associated with nearly all the plants in flower now.

You could have been that unsuspecting child, as I was, cupping your hand over the dainty pink and white Lantana flower heads and tugging at them to fill your hand so you could shower them over a friend as flower confetti while proclaiming them as a “play-play” bride or groom.

No harm came to you then, but how different the game would have been if you had known that every part of the plant is poisonous.

Declared as a noxious weed since 1946, the tropical American native plant does kill cattle and people.

In KwaZulu-Natal, a quarter of animal deaths have been attributed to Lantana camara.

Children are known to have died from neuro-circulatory collapse after eating the shiny black-berried fruit of the Lantana camara.

Lantana is part of the verbena family which is hinted at by its similar pretty flower heads and rough, wrinkled leaves.

For obvious reasons you won’t find Lantana camara in the nursery but look out for Lantana montevidens.

It is a dainty but tough trailing plant producing bigger mauve-purple, yellow or white flowers and can be used to trail over embankments or trained into low hedges or borders.

It does well grown in containers and adapts to being planted into dry rock walls. It is perfect for tough conditions, especially coastal gardens.

The plant doesn’t form seeds but may be grown from cuttings. Plant it in the sun for assured flowering.

Another harmless bit of fun which you could teach your children or grandchildren is pulling off the individual flowers of the plumbago.

The sticky ends of the calyx may be pressed to your ear lobes and you could lark about together with them as huge blue dangly earrings.

The real purpose of the stickiness is to allow the flowers to stick to passing animals so the seeds are distributed.

The fast-growing perennial Plumbago auriculata — or leadwort as it is commonly known — grows to 3m x 3m.

Its main flowering season is from summer until the beginning of winter when they produce umbels of pale blue phlox-like flowers.

It does flower at other times of the year but not as regularly.

You may encourage them to flower more profusely if you cut back the spent stems as the new blooms are produced on young wood.

Royal Cape plumbago has darker blue flowers which put on a stunning show.

The white flowering plumbago (Plumbago auriculata f. alba) is perfect for those who only see their gardens in the twilight, as with all white flowers they take on a “glow” just before night falls.

Prune it every few years after winter. If left to itself, the plumbago branches will scramble up high into nearby trees, making a spectacle when flowering at these unexpected heights.

It is fast growing and drought resistant and will thrive in most soils. However, compost added to the soil serves it well.

Propagate the plant by removing the suckers from the parent plant.

A popular use by rural dwellers and others with thatched roofed houses involves including a stick of plumbago in the thatch to ward off lightning.

The Cape honeysuckle (Tecomaria capensis) currently providing fiery splashes of orange and yellow in the veld is a delight to long- beaked nectar-feeding birds and children who have discovered how to suck the nectar from the flowers.

This shrub is also indigenous to the Eastern Cape. You’ll notice banks of its yellow and orange colour growing along roadsides, bringing cheer to motorists on their travels.

The plant is self-rooting and may be easily shared with others or planted somewhere else in your garden.

Birthday reminders this time of year may be timed by the regular appearance of the bright blue flowering bush violet (Baleria obtusa).

Their appearance in the bush and gardens now is testament to its ease of growth and that it is indigenous to the Eastern Cape.

The bush violet is a multi-stemmed, drought resistant ‘shrub-let’ with a sprawling habit.

Grown in the sun or semi-shade of the garden it provides a good ground cover under the light shade of trees.

The baleria is also an excellent plant for tumbling down embankments.

Butterflies love the flowers and the plant also serves as a larval host plant.

It is a wilful plant that needs to be planted away from the neat formal areas of the garden.

As a scrambler, it can become untidy so prune it back fairly harshly to encourage neat and compact growth.

The plant is easily propagated from cuttings, seeds and layering.

Collect the seeds before they are dispersed by the plant as the capsules turn brown.

Though it is fairly drought resistant you may give it a boost by adding compost to the soil.

I recently used them in a flower arrangement for a formal occasion and was pleased with the result.

It is a hardy plant, fairly drought resistant but it does thrive in good moist soil.

The flowers are borne in dense spiky golf ball-sized heads spaced up the stems.

Orange tubular flowers sprout from the balls, giving an unusual affect. They flower from mid-autumn to winter.

The stems are velvety and if cut across can be seen as square.

Sunbirds feed on the flower’s nectar. The flowers also attract bees and butterflies.

Between the orange and white versions of the flowers there are colours in different shades of apricot and cream-white.

Prune it every few years after winter.

The plant will reseed itself in the garden. You may collect the seed after the seed heads have dried out. These may be sown in spring or early summer.

Plant young plants in well-composted soil and cover the soil surface with mulch.

Water the plants well during their growing season. The fast growing shrub grows up to 2-3m tall and 1.5m wide.