Better ways to stand up for your spouse than violence 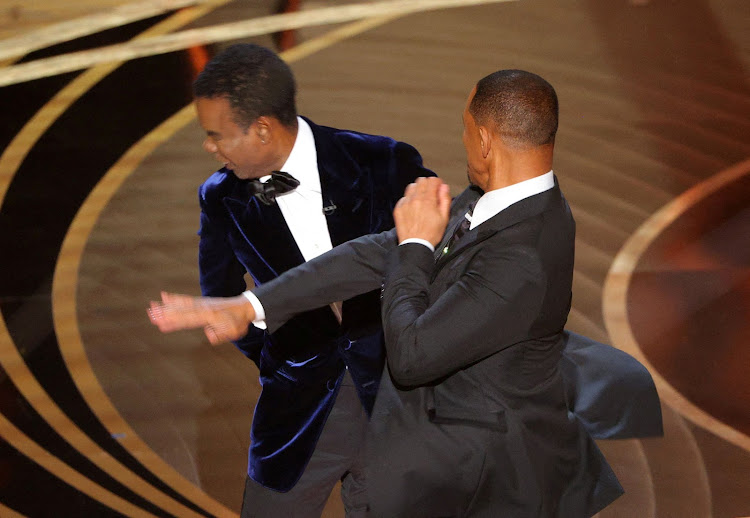 One of the most disturbing thoughts about Will Smith’s slapping of Chris Rock at the recent Academy Awards  was how divided the opinions are on two clear sides about the incident.

There are people admiring Smith for “defending” his wife, Jada Pinkett-Smith, while others are scolding him for his violent behaviour, even following a joke that poked fun at his wife’s health condition.

We, too, hold a strong view on the issue.

Standing up for your spouse in public is the right thing to do. In fact, we expect no less of any partner.

However, it feels like the argument that Smith hit Rock to protect his wife from maliciousness is an attempt to justify a behaviour that should never be considered appropriate.

Being physically violent with someone who used words against you is one of the lowest forms of emotional intelligence.

And that’s how we end up with such scary domestic violence levels in our society.

And, even after his social media apology to Rock, it’s sad  that Smith’s male bravado and sense of “ownership” over his wife cast such a dark shadow over what should have been a joyous night.

Normalising violence as an equaliser does not protect anyone, and definitely not women, including Pinkett-Smith.

And with so many options available to anyone in that position, choosing violence to protect your wife from someone who’s non-violent is more a bad reflection on — and quite revealing of — your character and traumas than the person you classify as the aggressor.

Sure enough, many of us have no clue how we would have reacted had we been in Smith’s shoes at that moment. But more choices than violence would still be there.

Smith made his choice though, and capped it with  “Love will make you do crazy things”.

And we thought, if every domestic violence case in this misogynistic and femicide-infested society of ours isn't resolved with that one line, then we have a problem.

We cannot let violence be the final arbiter of what is right.

Being head over heels in love with your woman shouldn't lead to Will Smith-ism — smacking or punching people who hurl insults at your wife, especially in a comedy setting.

This is a dangerous posture that is generally spread by “manosphere”, and which, in our view, perpetuates toxic masculinity.

Much as we dream of a society where women shouldn’t need protection from men, even in a society like ours, Will Smith’s desire to stand up for his wife raises the question: What’s the best way to defend your spouse in public without ultimately exposing them to further danger?

It’s one thing to act on an impulse and, in different circumstances, end up compromising your relationship and exposing your spouse to more danger.

It’s quite another to simply talk to your spouse.

Have a serious conversation with your spouse about how they would want you to stand up for them in public.

Would they feel protected when you hit someone who was non-violent with you in the name of protecting you?

Again, it’s possible to engage in actions that would ultimately leave your spouse exposed and vulnerable believing that you were protecting them.

If you know you’re in an environment that exposes the vulnerability of your spouse in some or other way, set boundaries.

Be it your kids, friends, cousins, parents and even neighbours, draw that line.

You cannot control people, but you can make changes in the kind of people you hang out with, or the environment you give audience to.

In the case of your children, a crisp red line is important.

In the case of comedy, simply don’t attend one if you’re that sensitive — or go sit at the back.

But if you happen to be picked on, part of boundary-setting is to simply stand-up and leave in protest.

Or at worst, you can shout back at the person from where you’re sitting if you have to.

You may also talk to the event owner or the person who invited you as a way of registering your discontent, if you’re not familiar with the comedian.

Walking backstage after the event and resolving the matter with the person and have them apologise to your spouse is another option.

Or you may simply brush it all off your shoulder without causing a scene and see the funny side of it too.

No need for aggression

Unless the situation compels you in self-defence because there is no other way to deal with it, there is no need to get violent.

If you become violent for defending your spouse against a non-violent person, it is still you who will come out a loser.

Stand by your spouse

It’s important that your spouse knows, unquestionably, that you will be there for them when it matters regardless of the circumstances.

You may have differences of opinion on the matter, but you should choose to discuss those differences in private.

But publicly, stand by each other.

Remember that a house divided against itself shall not stand.

Never correct your spouse in public

Don’t always have a marker or contradict what they say. It demeans them.

If they’re not telling a story the way you would, so what?

Look for opportunities to honour and help them save face in public, rather than wanting to feed your hunger for correctness.

Give them space. See, you teach people how to treat your spouse by how you treat them (your spouse) in public.

If you correct them in front of everyone, you are not only humiliating them, you are also degrading your own impression in public.

Have your spouse’s back. Again, protect in public and correct in private.