A great time to live high on the hog 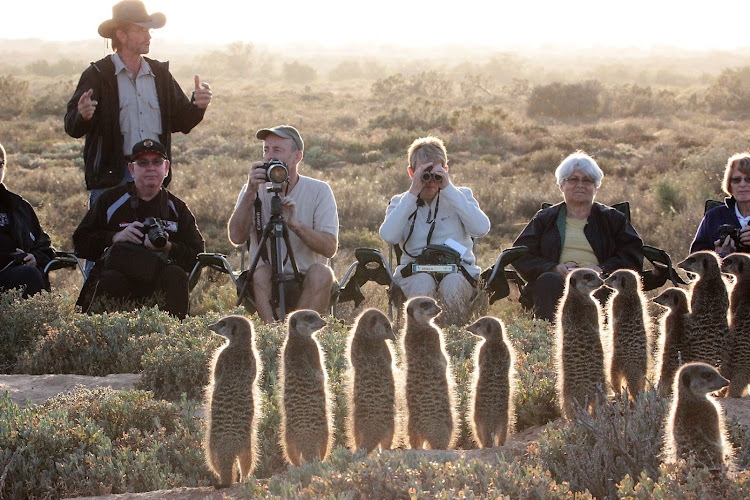 PARADISE FOUND: International tourists watching the meerkats at the Zeekoe Guest Farm in the days when foreigners used to flock to this neck of the woods
Image: SUPPLIED

The Wildehondekloof Private Game Reserve, just outside Oudtshoorn in the Western Cape, is like any other exclusive holiday destination in SA now suddenly facing a bleak festive season.

Normally, international tourists flock there, especially over the festive season, but with the latest travel restrictions imposed on the country, bookings went from 90% overseas tourists to almost zero.

The owner of this paradise in the heart of the Little Karoo’s Swartberg range, Paula Potgieter, said just hours after the travel ban to SA was put in place on Friday, November 26, the cancellations started pouring in.

“Our market is about 90% foreigners with visitors from the EU, Germany and the Netherlands,” Potgieter said, explaining that overseas tourists had already started trickling back and Wildehondekloof should have had a busy season from December to March. 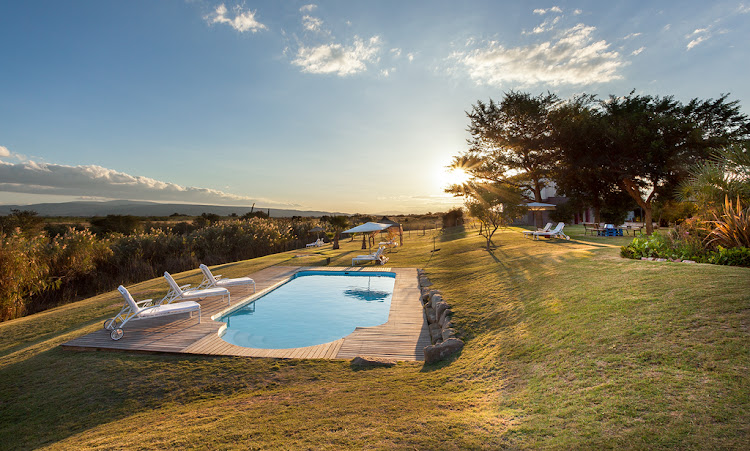 CHANCE OF A LIFETIME: The Wildehondekloof Private Nature Reserve, a piece of heaven nestled in the Swartberg range not far from Oudtshoorn, is now affordable to domestic tourists
Image: SUPPLIED

However, all that was up in the air now.

Echoing the views of many in the hospitality industry, Potgieter said: “This was the most disappointing of all the travel bans since the Covid-19 pandemic happened because just as we thought things were coming right, employed staff again and planned for a busy season, this new Covid variant [Omicron] got us.”

But there is a silver lining for SA holidaymakers.

The time is ripe to take advantage of the special prices now being offered — and the unique circumstances.

Take the Cango Caves, close to Wildehondekloof, for example —  now is the time to visit without busloads of crowds as was the case in the pre-Covid heydays.

On the Wildehondekloof website, this opportunity is being flagged as “local and sustainable travel”

‘Although travelling abroad has been compromised, it does not mean travel is cancelled all together,” it says.

“Explore more of your own backyard with affordable holiday specials for all South Africans.”

Significantly, instead of specials being priced, visitors are being asked to contact Wildehondekloof for “great deals” on info@whkloof.co.za  — the implication being that depending on the length of stay, number of people and so on, there is room for negotiation here.

The Potgieter family bought this 4,000ha of paradise about 3½ years ago.

Potgieter was born in Mossel Bay and the Potgieter family started DeZeekoe Guest Farm, also just outside Outdshoorn, before moving to Wildehondekloof.

Today, both destinations feature on the international tourism map.

There are numerous reasons to visit Wildehondekloof and surrounds, be it a romantic trip or a family holiday:

• Take it easy and enjoy the drive. Most holidays start with long destination-driven boring treks, but not this trip. Whether you are heading from Cape Town, the Garden Route area, George Airport, this is a journey that is aesthetically pleasing the whole way. Your hosts will send you a recommended route but the various routes meander through the majestic Swartberg and Outeniqua mountains. Even the town of George and the main Baron van Reede Street in Oudtshoorn are scenic and pristine. Take Route 62, which is a bucket-list road trip in SA. It’s a chance to experience dramatic landscapes and friendly little towns.

• Fall in love with the Klein Karoo. Being a Natal girl ever-loyal to the Drakensberg mountain range, I never thought I would find a match here in the Karoo area (the Outeniqua pass separates the Klein Karoo from the Karoo), but the mountains match any range in the world by their vastness, the way they seem to wrap around you, roll, change colour and mood in their sheer omnipotence.

• Revel in nature and a bird lover’s paradise. Wildehondekloof was bought in 1996 as a barren farm without fencing, roads and infrastructure, and construction of guest facilities started in 2002. Now boasting eight luxurious en suite rooms and a presidential suite fit for a king, this lodge has international acclaim.

In 2005, a breeding herd of seven eland were introduced as the first animals brought in to Wildehondekloof. These eland comprise a full Monty of endemic buck so now there are vaalribbok, klipspringer, duiker, grysbok, kudu, gemsbok, red hartebeest, impala and springbok — and as one would expect from this terrain there are porcupines, honey badgers, baboons, leopards, jackals and caracal. Ah, and the shy family of giraffe and Cape Mountain zebra. There are more than 150 species of birdlife here.

• Do a game drive. I so appreciated the game drive with narration by Quintin Lottering sharing his vast knowledge of the fauna and flora. Their teeth define whether the animals are antelope or buck. Growing in this vegetation are medicinal plants such as ysterbos, which are used for just about every ailment, I am told. There are several hiking trails at Wildehondekloof through the wide-open spaces of the Klein Karoo to appreciate the lush succulent Cape thicket fynbos, or mountain bike trails — these can be gruelling, though.

• Enjoy the spoiling. I hadn’t expected the luxury of this place because no photos really do it justice. I hadn’t expected the genuine care lavished on guests by this family. The proudly SA meals that come from Andre Goliath’s kitchen are all whipped up in the privy kitchen so tantalising foody smells waft comfortingly through the open-plan lounge and dining area any time of the day. I was touched by the goodnight marshmallow on our turned-back bed in the evenings. It was all, quite simply, gracious. A place to fill your emotional bucket.

• Experience the Swartberg Unesco World Heritage Site. You will ascend 950m above the Cango Valley on this 27km pass to a summit of 1,583m above sea level with mind-blowing views over the Klein and Great Karoo. Built by Thomas Bain, this pass was declared a National Monument in its centenary year, 1988. For a guided tour contact info@truesouthtravel.co.za

• The Cango Caves, sometimes described as one of the great natural wonders of the world, have reopened and are adhering to social distancing with safety protocols in place. Before the pandemic, the heritage tour catered for up to 100 people per tour and now the tour groups are much smaller. Email reservations@cangocaves.co.za to book.

• Oudtshoorn is the ostrich capital of the world so a visit to the working Safari Ostrich Farm and a guided tractor tour with the big birds is a must. Phone 044-272 7311/2 to book. The CP Nel Museum chronicles the history of the ostrich feather boom at the beginning of the 20th Century in Oudtshoorn — at a time when ostriches brought unparalleled prosperity to the Klein Karoo — leaving a legacy in the form of the distinctive sandstone architecture used to build the museum and other ostrich feather manors, or palaces as they were referred to. Check on opening hours at enquiries@cpnelmuseum.co.za

• See the stars. The Klein Karoo is renowned for its unpolluted night skies so teleport yourself into the solar system, galaxies, stars and constellations. You can simply lie on your back on the grass at Wildehondekloof or contact Southern Celestial “High 5” for a night you will never forget. Call Jan Bester on 044-272-0700 to book.

• Adventures galore: Go ride a camel at a farm near the Cango Caves, zipline in the area just a kilometre from the  caves and don’t miss out on seeing the little meerkats at the DeZeekoe Guest Farm.

• Wine, wine everywhere. Route 62 is 850km long and is considered to be the longest wine route in the world. It is the historic inland route between Cape Town and Gqeberha, connecting the east and west coast of the country. Route 62 passes through the Cape winelands, then the Klein Karoo.

• Cape Country Routes South Africa is a leading group of owner operated and managed accommodation and activity establishments —  more than 20 privately owned hotels, lodges and guest houses — located on the scenic and historic routes in the Western and Eastern Cape. All are carefully selected for their character, charm and romance.  They offer the best accommodation and activity options to suit every taste and budget. Email bookings@capecountryroutes.com, www.capecountryroutes.com