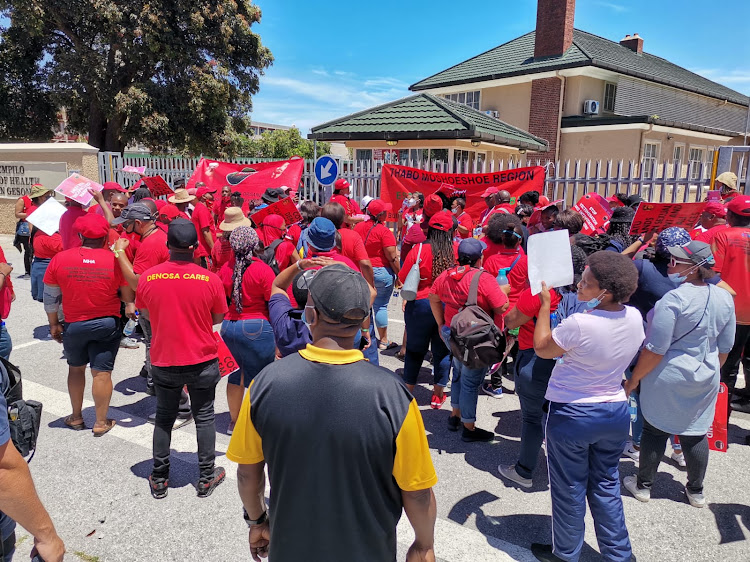 LIST OF DEMANDS: Nehawu members handed over a memorandum of demands to the department of health during a protest march in Gqeberha on Friday
Image: EUGENE COETZEE

The absorption of contract workers, reinstatement of those dismissed and the removal of health bosses who oversee the Nelson Mandela Bay and Sarah Baartman district  regions.

These are some of the demands that saw National Education, Health and Allied Workers’ Union (Nehawu) members protest outside the health department’s offices in Parsons Hill on Friday.

A memorandum of demands was also handed over.

Nehawu acting regional secretary Samkelo Msila said the union’s leadership had on numerous occasions had tried to meet the district’s management teams, but with no success.

“It has become very clear to the union that among other challenges, both districts are led by individuals who lack leadership capacity and no vision of the districts,” he said.

He said the aim of the march was to raise the union’s demands, including the filling of all vacancies in crucial departments.

The union, he said, also wanted to be consulted on the restructuring of Orsmond TB Hospital to a psychiatric hospital.

The union gave the department until January 31 to meet  its demands.

Health department spokesperson Yonela Dekeda did not respond to a request for comment.