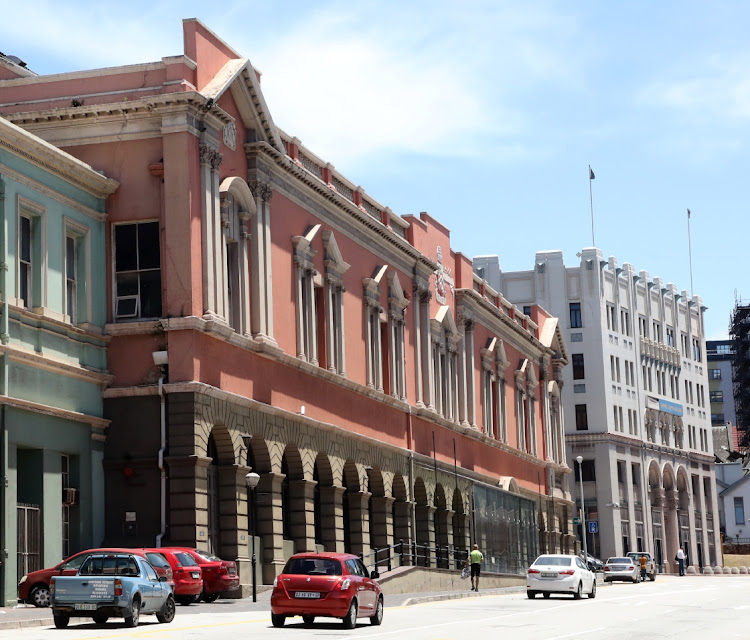 BADLY VANDALISED: The Feather Market Organ Society has cancelled its Christmas Concert due to the appalling state of the center
Image: Fredlin Adriaan

With gaping holes in the ceiling of the Feather Market Centre, sound equipment stolen, water-damaged balconies, a broken air conditioning system and dozens of fused light bulbs, the Feather Market Organ Society has cancelled its Christmas Concert due to the appalling state of the building in Central, Gqeberha.

The concert was scheduled for December 1, but after an earlier inspection  society secretary Prof Albert Troskie said there had been no choice but to pull the plug on the event.

“This is a place of disgrace,” he wrote in a letter to the society’s members and partners on November 20.

Troskie said the cancellation was not only devastating for members and guests, but each concert often raised more than R30,000 for charity.

“We were not able to host the concert last year due to Covid-19 and had planned to do so this year but then we went to inspect the hall and it was in a terrible state,” he said.

While the hall was once regarded as being prestigious and used for multiple purposes, he said the society was more concerned about the R40m organ inside.

“This is a dramatic situation. The society has been in existence since 1997 and presents 10 concerts a year on the loveliest, largest organ in SA.

“We were astounded by the harrowing gloom of the main corridor where only two of the several ceiling lights were functional.”

The state of the centre first came to light after the local government elections, when it was used by the IEC  for vote counting.

Only a dozen or so lights work, with several plugs fused, and the air conditioning system is broken.

IEC officials were forced to bring in their own lights during the counting.

Most of the toilets were broken as well.

Troskie said rain was leaking through a hole in the roof above the left balcony, leaving chairs and carpets damaged.

“The hall is far too dark to have a concert as only two or three lights are usable. All the spotlights that were used to light up the organ have been stolen,” he said.

“Inquiries about the sound system led to further shock and disbelief. It, too, had been stolen, as had the previous system.

“Hallway lights throughout the centre are also blown, leaving much of the building in darkness at night.

“We are not sure how many of the orchestra downlights were even still working. But what is worse is that there is no contract with an electrician.”

He said there was a mouldy smell in most of the dark corners.

“One time the famous conductor Richard Cock stopped his concert and complained about the heat. It is just unbearable. We are pleading with the municipality to do something,” he said.

Troskie said he was grateful the organ was still in a good condition.

“Some toilets are also blocked and there is no contract with a plumber in place. Carpets are worn out and some parts are really in an appalling state,” he said.

“All this adds up to the fact that this is a place of disgrace.”

Port Elizabeth Music Society president Erika Bothma said it was disappointing that the concert had been  cancelled.

“The state of the building is just terrible. As one walks in you can smell the stink, and there are holes in the ceiling. It just stinks,” she said.

She said she feared the organ would be damaged or stolen.

“The grand piano, fortunately, seems to be in a good condition, but it has been sitting there for two years and needs tuning,” she said.

Municipal spokesperson Mamela Ndamase said the city was aware of the state of the centre.

She said it had been severely vandalised during the lockdowns.

“There is a fencing project in progress, and the directorate has been faced with major budget cuts. However, minor renovations to the building are in the pipeline, which will be done before the financial year ends,” she said.

Work will include repairs to the roof structure and painting the exterior of the building.