References to milk have a long, often comic history 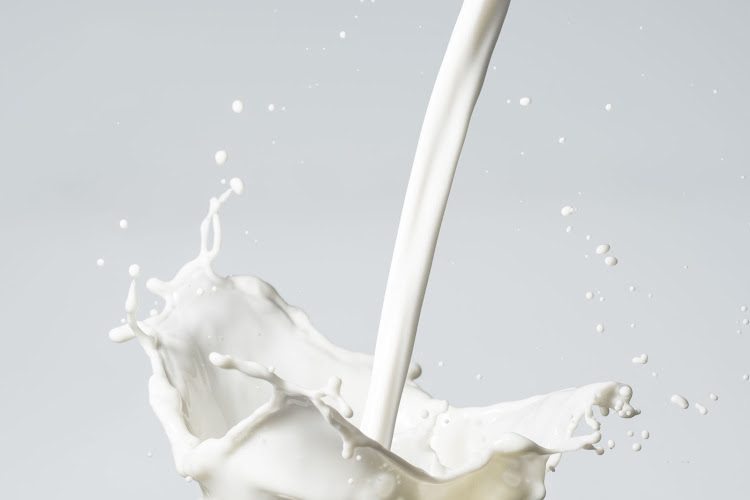 Are you filled with the milk of human kindness today, or are you crying over spilt milk? Either way I hope you are not lactose-intolerant, because this subject is going to be milked until the cows come home.

For the purposes of further discussion, when I say “milk” I mean the substance that comes from lactating mammals, not any of those newfangled perversions coaxed from mangled soya beans, asphyxiated almonds or crushed coconuts.

It is interesting that we use “lactose” when referring to the sugar derived from milk and “lactate” to describe how milk begins its journey to cereals, puddings and shakes. Both these words come from the Latin for milk, lac, which is the source of the French lait, Italian latte and Spanish leche.

The English, however, chose to go with their Gothic brethren on this one and obtained their coffee creamer from the same supplier that gave the Germans their Milch. (Incidentally, the act of milking a cow, sheep or goat is mulgere in Latin, which sounds like milk but apparently has nothing to do with the substance and everything to do with the hand motion.)

Back in the 1600s no-one cried over spilt milk. They wept over shed milk, which meant the same as spilt back then; they were not bemoaning the lack of organic milk from free-range, pasture-ised cows.

The Online Etymology Dictionary claims that tears spilt over a pool of milk first appeared in writing in 1836 in a humorous essay by Canadian writer Thomas C Haliburton. The Phrase Finder disputes this, citing Jonathan Swift's 1738 trilogy Polite Conversation, in which the satirist said: "'Tis a Folly to cry for spilt milk.”

The Phrase Finder's essay includes the observation that “spill” comes from the Old English spillan, which meant to destroy, kill, or mutilate. Perhaps grief over spilt milk had more violent associations than the accidental sloshing of a jug.

When it comes to the “milk of human kindness”, all sources agree that this phrase was coined by William Shakespeare in 1605. We use it in the context of a quality to be admired, but Lady Macbeth, who said it first, was being her usual scathing self when she said to her husband: “Yet do I fear thy nature, it is too full o' th' milk of human kindness to catch the nearest way.”

Lady M was implying that Mac was far too much of a milksop to act on her ambitions.

“Milksop”, literally a bit of bread soaked in milk until soggy, was the precursor to cornflakes. In the 14th century, milksop became an insult for those who allowed themselves to be bullied. Today we might call them doormats, muppets, wusses, or spineless jellyfish (which is tautology but sounds good).

Even less frequently heard is “milquetoast”, a variation on milksop. Caspar Milquetoast was a comic character created in 1924 by US cartoonist HT Webster. Caspar starred in a comic strip called The Timid Soul, and he was a milksop of the first degree.

In one famous frame, poor old Milquetoast is standing drenched without an umbrella on a city pavement in the driving rain, trying hard to look neither cross nor conspicuous and thinking: “Well, I’ll wait one more hour for him and if he doesn’t come then he can go and borrow that $100 from someone else.”

A popular Christmas card in the 1930s featured the limp-whiskered Milquetoast muttering from behind his hand: “If you won’t think it presumptuous of me I’d like to — uh — er — wish you a merry — or at least as reasonably pleasant a Christmas as we are entitled to, things — uh — er — being what they are.”

I do think milquetoast is a marvellous word. I'd be over the moon if it came back into common use.

“Over the moon”, a phrase much loved by the captains of winning sports teams, comes from the nursery rhyme involving a cow familiar with the Fosbury Flop. Or perhaps it did not jump willingly. Which might explain why the moon is made of cheese.​