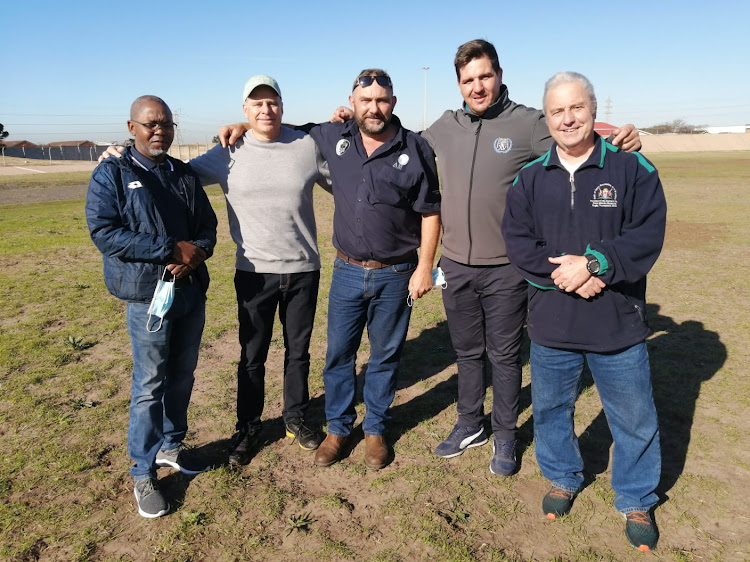 When two Nelson Mandela Bay teachers looked at the Itembelihle High School in New Brighton, they did not see the ongoing deterioration of facilities, but an opportunity to develop an upmarket rugby hub that could cultivate future Springboks.

The concept is in the advanced planning stages.

Itembelihle is one of the biggest and oldest schools in Gqeberha’s townships, but as is the case with many schools, the building has fallen into disrepair and the rugby facilities are no longer functional.

Kromhout said the reality for many township pupils was that they did not get the opportunity to improve, given their vast disadvantaged surroundings.

“Sometimes these boys run out onto the field hungry, but they still go out there and play the best game of their lives on an empty stomach.

“SA is well known for having the top rugby school leagues in the world. Private and the so-called model C schools play in the top local league.

“Even with the best will in the world, township schools with one or two teams cannot be accommodated in the league as the schools involved have 16 to 20 teams and they all have to play a game on a Saturday,” said Kromhout.

He said if one school became a hub and extra players from other schools were involved, there would be enough teams to compete.

“This competition in itself will be the greatest development tool available.

“Local demographics have transformed Dale College in Qonce from an all-white into basically an all-black school, but they have maintained standards by staying in the league and have beaten [a top league school] twice in recent years.”

According to Kromhout, the concept of the hub was to create a Dale-like scenario and then develop other similar hubs.

He said the hub development should benefit not only Itembelihle, but also the surrounding schools and the entire community by creating a sense of pride and a substantial number of jobs.

A hostel and gym for rugby stars and members of the community, facilities to host travelling teams, and a complex of home fields to play on are what is envisioned.

The plan is to use the Chevrolet Stadium, which is adjacent to the school, to play home matches.

Kromhout said it was upsetting that model C and private schools never went to the townships to play rugby there.

“We are confident that we can change this.”

Regular meetings have been taking place with stakeholders of the Nelson Mandela Bay municipality who are supportive of building a private-public partnership, and a trust has been set up to administer the project.

Potential sponsors were standing by to ensure these future rugby stars can take to the field well-coached, smartly kitted out, strong and fit, he said.