Inside the Nooitgedacht water project debacle 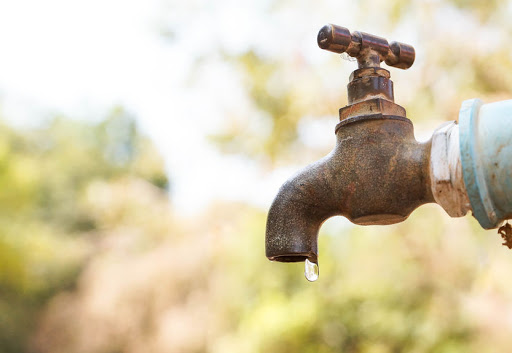 The completion of the final phase of Nelson Mandela Bay’s biggest water augmentation project remains in the balance as the contractor and Amatola Water try to settle a payment dispute.

It emerged on Thursday that the contractor for Phase 3 of the Nooitgedacht Water Treatment Works, Stefanutti Stocks Coastal, had terminated its contract with Amatola Water due to nonpayment of more than R1.9m.

This effectively brought the project — which had been due for completion in September — to a grinding halt.

On Friday, Stefanutti Stocks Coastal MD Matthew Horwill confirmed that the company had terminated the contract.

Horwill said all the parties were still urgently trying to reconcile the outstanding matters so the project could be completed in time to relieve the drought-stricken Bay.

“This includes the payment of our overdue invoices and the negotiation of an agreement for the scope to completion.

“We are hopeful that this can be concluded swiftly so that we can play our role in delivering the project,” he said.

Weekend Post’s sister newspaper The Herald quoted Amatola Water spokesperson Nosisa Sogayise on Friday as saying discussions had taken place between it and the contractor to ensure that work continued on the project.

She said the contractor had not been paid within the 30- to 60-day period stipulated in the contractual agreement and that this was due to the necessity for additional project costs to be approved.

“Additional funds have recently been confirmed by the department of water & sanitation, which funds this project.

“Afterwards, Amatola Water expedited a governance process to ensure that funds are disbursed in a correct manner.”

Sogayise said Amatola Water was working towards rectifying the problem and that water was expected to run into the Nooitplant by the end of October.

She said the project was 6% from being fully completed and that its “practical completion” was targeted for December and full commissioning in January 2022.

The project’s delay is adding to the pressure on the metro — the average level of the Bay’s supply dams is at about 12% and municipal officials are battling to get residents to drastically reduce their water consumption.

At the current consumption rate of about 300 megalitres (ML) a day, parts of the Bay’s western and northern areas, as well as KwaNobuhle, would experience dry taps in December.

Upon completion of the Nooitgedacht project, the entire supply to the city from the giant Gariep Dam in the Northern Cape would have been treated on site, allowing the metro to push through an additional 210ML a day.

DA member Retief Odendaal said the department of water affairs (DWA) urgently needed to step in and address the water crisis unfolding in the Bay due to what he said was  the incompetence of the Amatola Water Board.

“Residents of the metro are facing the very real possibility of dry taps, and while it is the municipality’s responsibility to purify the water and distribute it, this cannot be done if the DWA does [not] ensure that there is water to treat.

“The failure of the Amatola Water Board to meet its obligations and thus place the most critical water augmentation project for the city currently under construction at risk, is unconscionable.

“The DWA must take full responsibility for the failure of the inept Amatola Water Board to complete the Nooitgedacht project,” he said.