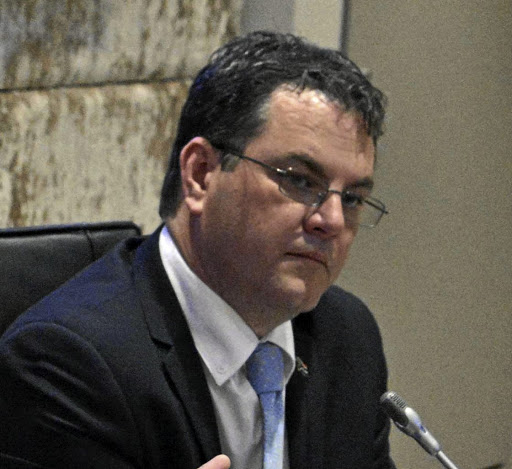 “Even given the nonsensical delays in erecting the plant, and the questions as to why that project was approved in the first place, that means that, in the 88 days they were operating from June 23 until when they started up to September 18, they produced just 1.4Ml a day, not the 2Ml a day they were supposed to produce,” he said.

“Thousands of people still have no access to water unless they queue up at the tanks in town.”

He said the emergency waiver granted to undertake the salt water and waste water reverse osmosis plants on the Kowie River would only have been acceptable had it delivered an emergency solution.

“The salt water plant is delivering way short of what it committed to and it is unclear how the waste water plant is going to be able to operate at all, because there is only a fraction of the required sewage available to put through.”

He said the poorest of the poor continued to suffer.

Another Port Alfred resident, Gavin Came, said he had not received any water at his West Bank home since November 2020.

DA MP Kevin Mileham, who represents the Port Alfred constituency, said this week nothing had come of the criminal charge laid by the party against Ndlambe municipal manager Rolly Dumezweni.

This was after the July 2020 high court judgment that set aside the tender.

He also argued that QFS should have repaid R20m it had been prepaid as part of the first tender.

He said the argument from QFS that the filter system of its salt water plant was getting clogged was unacceptable.

“They are saying the same thing in Cape Town, where they were contracted to install a salt water reverse osmosis plant at the V&A Waterfront.

“That matter is in court right now with the City of Cape Town arguing that the company has not delivered fresh water of the quality and quantity it was contracted to deliver.

“In Port Alfred, the municipal contract stipulated specifically that the onus was on QFS to determine and install the necessary filtration system, so why did they not do so?”

He said a total of 2-3Ml a day of fresh water was now being put through the Ndlambe municipal grid from the salt water plant and a series of boreholes between Port Alfred and Bathurst — but this groundwater supply was declining.

“So for the 40,000 people in Port Alfred, Nemato and Bathurst, there is a drastic shortage, and in many high-lying areas there has been no water at all for the past 10 months.

“Despite this the municipality is enforcing water availability tariffs on the homes in these areas.”

Mileham said a short-term solution should including plugging all leaks, and fixing broken pipes and pumps.

All property owners should be compelled to put in rainwater harvesting measures, and these should be installed in all government properties.

Last, any salt water reverse osmosis operation should produce the full volume it is contracted to produce.

“The solution in the long term must include going back to the project which was proposed, but set aside years ago, to transfer water from the Fish River via the Kleinemond River watershed and down to Port Alfred and Bathurst.”

“They are not delivering 2Ml a day as they committed to.

“We still have no running water in homes in Nemato.

“They say now the problem is old and ailing infrastructure which cannot take the new pressure.

“But if they had competent people they would’ve seen before introducing such a project that this would be a problem.