How to bounce back after being ghosted 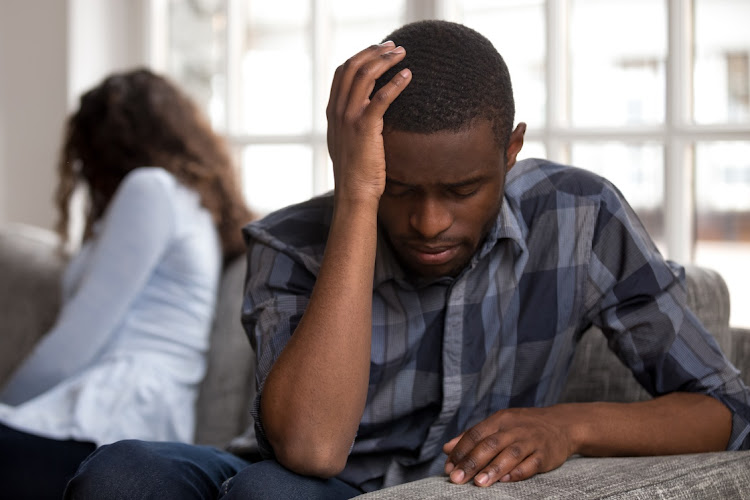 OK, so you’re in a relationship — or so you think.

Suddenly, without any warning, your partner disappears and cuts all communication lines with you.

You know they’re alive, haven’t unexpectedly relocated to another planet, or been kidnapped by Bok o Haram.

But still no calls, no text messages, you’re blocked on social media, and no responses to any of your attempts to reach out.

They have simply ended the relationship without bothering to explain or even affording you the respect, decency or courtesy of a conversation. Well, you’ve been ghosted.

Ghosting is not a new phenomenon.

But it’s becoming a more prevalent break-up strategy now that people are relying heavily on technology to form and maintain relationships.

There’s no end-of-relationship conversation, no “sorry, it’s not working out” and no “it’s not you, it’s me”.

Now, why would your partner, who you thought was a reasonable person, choose to simply disappear from your life rather than plan, at the very least, a conversation to end the relationship?

No drama, no hysterics, no questions asked, no need for accountability or justification of their behaviour, and no need to deal with someone else’s feelings.

For the ghostee, there is no closure.

And you are often left with deep feelings of uncertainty and insecurity.

Initially, you wonder, “what’s going on?”

It confuses you because the person gave you the idea that you would be around for a while, the hope that you are wanted and good enough, and are someone with whom quality time could be spent.

Though the ghoster may have moved on, the person they’ve ghosted is left unable to connect with someone new as their days are spent trying to figure out what was wrong with them that you had to leave without a note.

They are constantly checking the conversations between the two of you for clues of what they did or said, or didn’t do or say.

The silent treatment — without explanation — is a form of emotional cruelty because it’s left them powerless to the situation because they are unable to find out any answers.

It will always leave them hanging.

Why do people do it?

Generally because they are human, and the 21st century relationships — especially among the millennials — are characterised by impatience and the inability to extend themselves for the betterment of the relationship.

We are a selfish, me-first generation that seeks to microwave love, is in constant pursuit of happiness from outside sources, and is implicitly expecting perfection from everyone else but ourselves.

Truth is we have a generation that cares less about the discipline of time and sacrifice, yet embraces a fantasy of a “forever after”.

They want trust without the patience of building, faithfulness without the investment of integrity and love without the discipline of commitment.

They want the benefit of intimacy with another person; cuddles and date nights and someone to “cure” them from their loneliness, but are lazy, nervous and, frankly, too selfish to be man or woman enough to reciprocate.

And when the butterflies are gone, the stories are stale, and they discover stuff that they don’t like about the other person, they’re on to the next one.

Shamefully, social media — with all its dating apps — has made ghosting justifiable.

While the ghoster may benefit from avoiding an uncomfortable situation and any potential drama, they’ve done nothing to improve their own conversation and relationships skills for the future.

Actually, ghosting says more about the ghoster than the ghostee.

Ghosting is both cowardly and immature.

It makes you unreliable and shows your lack of respect for another person's feelings.

It says you are inconsiderate and don’t care much about the consequences of your actions.

It’s easier than breaking up but it also shows you have no character when you choose easy over integrity.

It’s a demonstration of your conflict avoidance and inability to have tough conversations.

Even with “good” reason to do it, you still come out looking worse than the ghostee.

And by the way, you hurt their feelings more by ghosting them than if you chose to confront the issue with them.

Stop that. Be decent enough to afford your partner some respect by actually freeing them on why you ghosted them.

Give them a chance to get closure, so they can also move on.

Instead of your cowardice and opting for the easy way out, have the respectful but tough conversation and leave it to them how they handle it.

Being ghosted does not define you.

The label belongs to the person who ghosted you. It’s not yours.

Them ghosting you says nothing about your worthiness, and more about their cowardice, immaturity, disrespect and lack of integrity.

You are still enough and worthy of being pursued.

Don’t numb the pain with drugs, alcohol or other quick highs.

These “fixes” are temporary and you may find yourself having to confront them later at a more inconvenient time, such as in your next relationship.

Stop pursuing them. Take your power back and control your life again.

Displaying stalker tendencies, even in obvious cases of someone who’s simply avoiding you, makes you look bad and takes the attention away from their disgusting behaviour.

Heal independently of them and never look back.

Spend time with friends and family.

Seek the companionship of people you trust and with whom you share mutual feelings of love, respect and values.