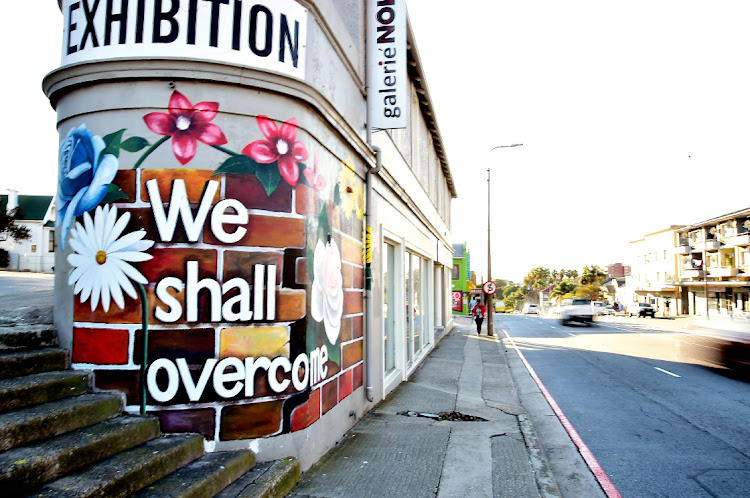 SHOT OF COLOUR: The mural on the Galerie Noko building in Russel Road spreads a message of hope
Image: EUGENE COETZEE

Motorists travelling down Gqeberha’s Russell Road will have been struck by a fresh burst of colour as they make their way towards the freeway or Govan Mbeki Avenue, wondering what the brilliant artwork on the once-drab building is all about.

While the triangular-shaped building  has always been something of an oddity, no-one has really given it a second thought.

But now the so-called “skinny house”, which is occupied by Galerie Noko, is unmistakable for its vibrant mural depicting flowers growing through a crack in a brick wall, and finished with the uplifting slogan “We shall overcome”.

“When we developed the concept for the mural we knew it had to send out a positive message. Our building is an island, almost in the middle of the street, and many people pass there every day,” Obot said.

“We needed to make it stand out even more. We needed a message that would be universal to all.”

He said the mural was sponsored by the Mandela Bay Development Agency and was created as part of an artist development programme in April 2020.

The different types of flowers represent the diverse cultures of SA and its people.

Their ability to grow through the crack in the wall shows their resilience and perseverance in overcoming adversity.

He said they came up with the concept  at a time when the Covid-19 pandemic was at its worst, and people truly needed the positive message.

“The mural has got people talking about the gallery and noticing our building. It’s good to know there is interest in what we do, and the history of the area,” Obot said. 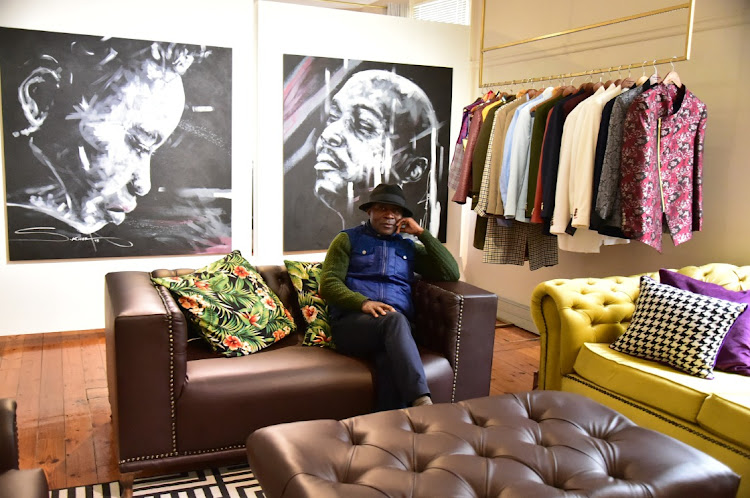 VERSATILE SPACE: Galerie Noko manager Usen Obot is pleased the new mural has drawn attention to the gallery and its message of diversity and perseverance
Image: EUGENE COETZEE

The skinny building, which is situated where Campbell and Bain streets meet Russell Road, was completed in 1943 and used to be an island surrounded by traffic on all sides.

It was only relatively recently that Bain and Campbell streets were blocked off and became inaccessible from Russell Road.

The top and bottom floors were separate, and the staircase connecting the two was only installed when the building was renovated in 2004.

Initially the bottom floor, hosting a number of businesses over the years including a bicycle store and a surf shop, could only be accessed from Russell Road.

The top floor was residential space, and only accessible by a narrow staircase in Campbell Street. At the top of the stairs was a large patio area with doors leading to a set of apartments.

So what is hidden inside the “sharp” point of the building, behind the powerful mural?

Nothing particularly exciting, is the answer.

The top half is occupied by the central air conditioning unit, and the bottom half houses the gallery’s ablutions.

“We are fortunate that we were able to find such a unique and interesting space to house our gallery.

“With all the windows and natural light for exhibitions, along with all the workspace, this building simply lends itself to art,” Obot said.