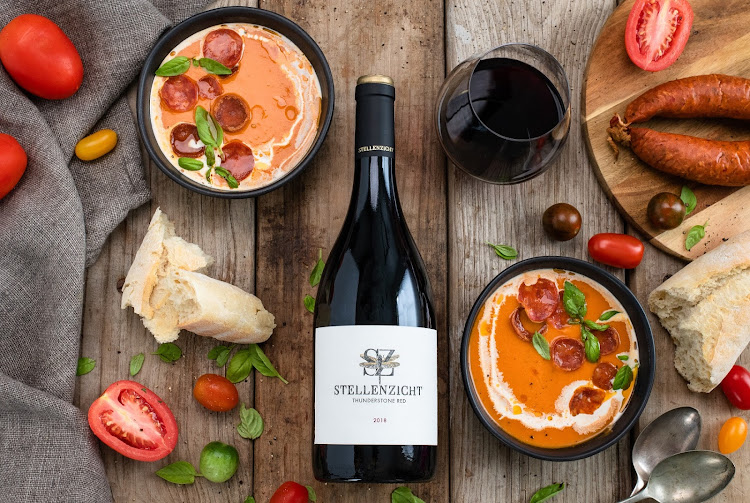 Back in 1997, John Platter wrote that Stellenzicht Syrah “might become the priciest, most prized modern Cape wine”, and called it “one of SA’s newest and most convincing cult wines”.

This after the first vintage, the 1994, famously beat Australia’s Penfold Grange 1990 into third place in the SAA Shield tasting of 1995.

This was the infamous taste-off between the two countries in which SA’s wine industry, just emerging from decades of isolation, got a serious wake-up call on being thrashed 78-21 by the Aussies.

That Stellenzicht Syrah was one of very few shining lights in that contest and went on to score 92 points in Wine Spectator in 1997, at the time the highest-ever rating for an SA red (also, for the time, seriously pricey at R55!)

Stellenzicht’s then-winemaker, Andre van Rensburg, moved on to Vergelegen four vintages later and Guy Webber took over, with the winery continuing to perform respectably and then seemingly going quiet, playing under the radar perhaps, for a few years.

The last time I wrote about Stellenzicht was in 2013, when they released the rather gimmicky Red ESCape blend of Shiraz and Pinotage, with a playful technology-inspired label inviting stressed wine lovers to “reboot” and reconnect with real humans over a glass of wine (probably quite apt in these Zoom-heavy days, but it seems to be off the market).

Where once that ’94 Syrah heralded a new era of SA winemaking, Stellenzicht now hopes to do the same again, reclaiming the pedigree of its home in the Helderberg foothills, situated in Stellenbosch’s “Golden Triangle” alongside neighbours like Alto, Haskell, Waterford and Rust en Vrede.

Von Staff-Reitzenstein is also the majority shareholder in Ernie Els wines but the two brands are unconnected and, contrary to popular belief, Ernie Els does not own Stellenzicht.

Today, the new releases from the revamped and relaunched Stellenzicht are anything but gimmicky in both contents and branding.

The new look is simple and elegant, centred on a delicately-drawn dragonfly that symbolises balance and sensitivity in the management of the land and in the making of the wines.

Dragonflies are highly sensitive to environmental change, so their return in numbers to the farm is a positive sign that the sustainability journey is working.

Winemaker L’Ré Burger, who built up her experience with harvests in California, Marlborough, the Barossa Valley and Bordeaux before joining Stellenzicht, has created three ranges, with the flagship Acheulean Chardonnay 2020 and Cab-Shiraz-Cinsault blend Acheulean Red 2018 named for the early Stone Age hand axes unearthed during preparation of new vineyard sites.

Next up, three single varietal wines also reference stones and soils — the Arenite Syrah from a vineyard cultivated with cuttings from the original vines that produced the champion 1994 vintage, the Tristone Cabernet Sauvignon harvested from three different sites to showcase the farm’s potential for a great “Golden Triangle” Cab and the Silcrete Cinsault.

It has a  velvety texture, wine-gum-juiciness balanced with dry restraint and delicate, soft tannins — all rather delectable.

The Thunderstone range, a chardonnay and a red blend, is intended to encapsulate down-to-earth pleasure, made for sharing and casual enjoyment with friends and food.

Stellenzicht is rolling the wines out in retail over the next few months; for now buy direct from www.stellenzicht.com.