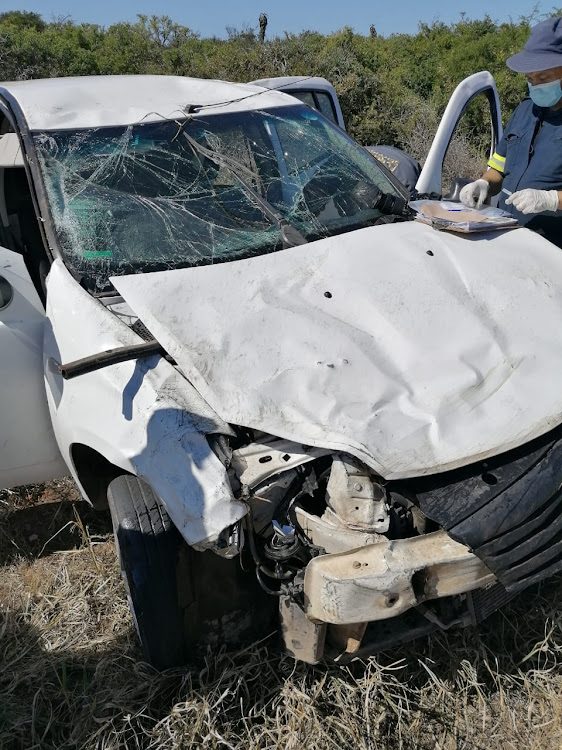 QUICK THINKING; Three suspects were arrested after a traffic officer unknowingly foiled their alleged plans to hijack a truck on the N2 on Friday.
Image: Supplied

A traffic officer unknowingly foiled a hijacking near Motherwell on Friday morning, and apprehended three suspects with the help of a vigilant motorist.

The provincial traffic official ordered the driver of a truck to pull to the side of the road for speaking on his cellphone, not knowing at the time that the driver had allegedly hijacked the truck moments earlier.

According to police spokesperson Capt Gerda Swart, two suspects had allegedly hijacked a Mercedes-Benz truck transporting cake flour on the N2 near the Motherwell off-ramp shortly before 7am.

“A provincial traffic officer on duty and patrolling the N2, oblivious of the hijacking that just took place a few minutes ago, noticed the driver of the truck talking on his cellphone. He then instructed him to pull over on the side of the freeway,” Swart said.

As the truck came to a halt two men jumped out and climbed into a white Renault Sandero that had come to a standstill next to them.

The car sped off in the direction of Gqeberha.

The driver of the truck arrived on the scene and explained to the traffic officer that he had been hijacked by the two men who had just sped off.

“A member of the public, who was also on the scene, immediately raced after the suspects in his private vehicle. The driver of the white Sandero lost control of the vehicle when he drove onto the off-ramp and landed in the bushes,” Swart said.

Three suspects, between the ages of 23 and 30, were arrested and a firearm was confiscated.

They are expected to appear in the Motherwell magistrate’s court next week on charges of hijacking, illegal possession of a firearm and ammunition, as well as reckless and negligent driving.

In addition, they will face a charge of possession of a stolen vehicle as the Sandero they were driving in was reported stolen in Motherwell in December.