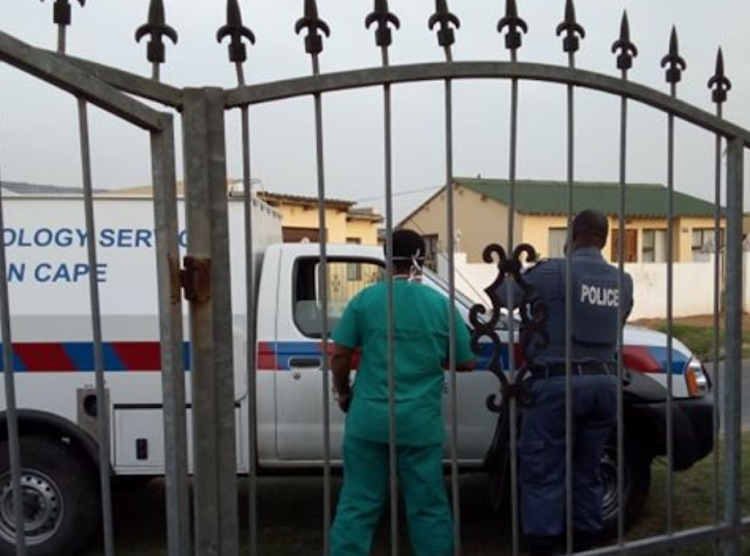 DUMPED BODY: The body of a newborn baby was found yesterday morning to be the reason behind a blocked drain in Ndumba Street in Motherwell
Image: Screenshot

A Motherwell family's annoyance with a blocked drain turned into a full-scale nightmare when they discovered that the blockage was caused by the body of a newborn baby.

Lukhanyiso Williams said the worst part of the ordeal was that her 8-year-old daughter was the one who made the gruesome discovery yesterday morning.

“My daughter was the first one to wake up and she went outside, she rushed back inside and said 'mama there's a doll floating in the drain outside'.

“We did not take any notice until we heard one of our cousins who lives in an outbuilding screaming. When we went out, we realised it was the body of a baby and not a doll,” Williams said.

“We have been fighting back and forth with the municipality. We are the only ones who always have to pay for the mess.”

Williams said they have been calling the municipality about the drain and to fix the piping for almost a year as it would continually get blocked. She said if the family had to fix it on their own, and the cost amounted to more than R12,000.

“We even called the municipality yesterday. They didn’t come, so  we ended up calling someone else. I’m very angry at our municipality because we pay a lot of money every month to them but they can’t help us.

“We are living in a very hostile situation at the moment due to Covid-19, but we get exposed to such poor hygiene,” Williams said.

Despite police spokesperson Captain Andre Beetge confirming that police were aware of the situation and committing to elaborate on it, he failed to do so by the time of going to print.