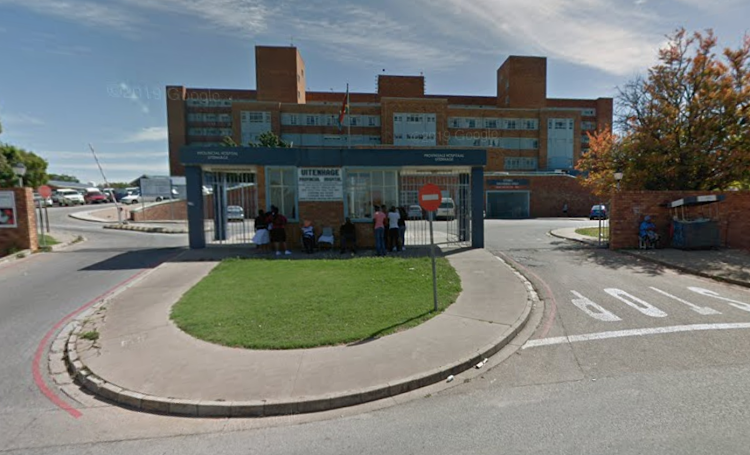 At least one nurse at Uitenhage Provincial Hospital continued to work after testing positive for Covid-19, according to hospital staff.

They allege that the woman, who received her positive Test results last Thursday, has continued to work after she was told by her manager to report for duty.

“As I’m telling you, she’s at work as we speak,” said a colleague, who spoke to Weekend Post on condition of anonymity as she is not authorised to speak to the media. .

Two other nurses working in the paediatrics ward also tested positive for Covid-19, as well as a hospital driver, the staff alleged.

On Thursday, several staff members said more than 40 workers had been told to self-isolate and be tested after one person, whom they share transport with, tested positive for coronavirus.

A second worker accused the hospital managers of not being transparent with staff, claiming that they were encouraging those who tested positive not to reveal their results to their colleagues.

“The situation is bad here. When we questioned management about the nurse who was at work even though she’d tested positive, we were told the 14-day period had passed and she was no longer able to infect us.

“But what about the other days when she was infectious? We work in the same space and who knows how many people she may have infected,” the concerned worker said.

“We only know this because some of these people revealed their own status to fellow colleagues and not because the hospital was being transparent with its staff,” the worker said.

Since Uitenhage Provincial Hospital admitted its first people under investigation and positive Covid-19 patients, the hospital has been met with protests and a work go-slow by some staff.

Staff accused the management of keeping personal protective equipment for doctors and not distributing it among all workers who were handling Covid-19 patients.

They also complained that they were not clear on how to handle Covid-19-infected bodies.

For some time, the hospital did not have a separate fridge to store the bodies of patients who had died as a result of Covid-19. This has since been rectified.

Another worker, speaking on condition of anonymity, said the nurse who was called in to work, worked on the surgical floor.

The worker accused hospital managers of telling staff to keep quiet about their results.

“Earlier this week I raised questions about why those of us who used the same transport as the nurse who had tested positive had not been called in to get tested. Only then was I told by my manager to go and get tested.”

The nurse said there was an issue with hospital management wanting to mix people under investigation and  confirmed cases in the same ward, which is the surgical ward.

“As staff who work there, we’ve raised the issue that because of staff shortages. We cannot guarantee that positive people won’t interact and infect [people under investigation] because there are only three toilets for the ward.

“It’s the only surgical ward so we also need beds for non-Covid patients,” the nurse said.

She said because Uitenhage Provincial Hospital was not a designated Covid-19 hospital, admitting patients with coronavirus had created tensions among staff as some had outright refused to work with Covid-19 patients.

National Education, Health and Allied Workers’ Union regional secretary Sweetness Stokwe said she had been informed by members that a number of staff from two shifts using the same transport to the hospital had tested positive for Covid-19.

“I know there are over 40 members using that transport and all of them have been told to get tested.

“As Nehawu we’ve been advocating for that if members have tested for Covid-19, they should be allowed to self-isolate without being told to come to work. This is an ongoing issue that we hope we can address,” Stokwe said.

Eastern Cape health spokesperson Sizwe Kupelo said there had never been an attempt by the department to hide information.

“It is up to individuals to disclose their health status and that rule remains. There are clear protocols on how to manage Covid-19 and contact tracing.

“If people Test positive for Covid-19, those people must be in isolation. No-one can continue working who has been [confirmed] positive [for] Covid-19,” Kupelo said.

Kupelo did not respond to specific questions about how many staff at the hospital had tested positive for the virus, nor did he respond to the other claims made by the staff.