No relief for ratepayers yet as council meeting falls flat 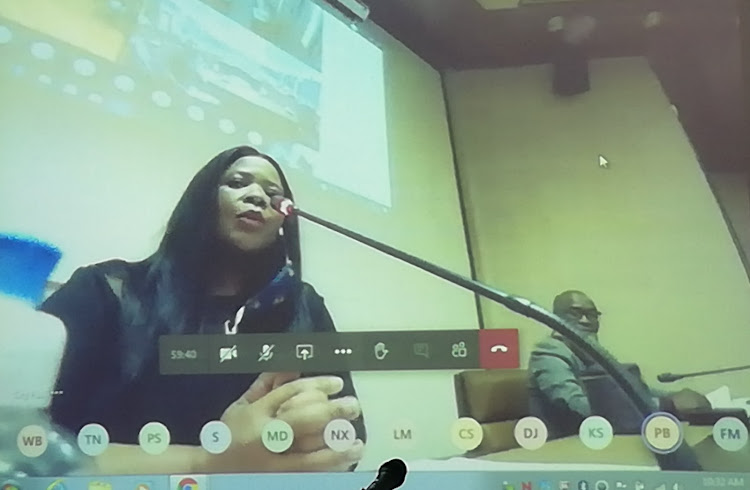 ADJOURNED: Nelson Mandela Bay speaker of council Buyelwa Mafaya had to postpone Friday's meeting as there were not enough councillers in attendance
Image: NOMAZIMA NKOSI

If you were waiting for Nelson Mandela Bay’s councillors to decide on a proposed payment relief for struggling ratepayers, you will have to wait a while longer.

This is because the council’s first virtual meeting was adjourned on Friday as opposition councillors failed to attend.

On the agenda for the meeting — the first in three months — were the draft budget and integrated development plan (IDP) for the 2020-21 financial year.

It is meant to be tabled and noted by the council before it can go out for public comment.

The public participation process is a legislated requirement before a budget can be adopted by the council before the end of June as the new financial year starts on July 1.

Due to the state of disaster declaration by President Cyril Ramaphosa in March, the municipality has put plans in place to use print and electronic media to publicise the draft IDP to solicit comment from the public.

The council was also meant to discuss a report proposing a three-month, interest-free repayment option on the municipal accounts of cash-strapped residents and business owners hurt by the financial effect of Covid-19.

Should it be approved by the council, residents and business owners would be given a three-month, interest-free repayment option on their municipal accounts.

Several businesses in the city have been hit by protests over unpaid salaries since March, reduced salaries or workers being placed on short time.

Council speaker Buyelwa Mafaya adjourned Friday’s meeting after it failed to reach a quorum as the DA, UDM, COPE and ACDP boycotted it.

Earlier this week, the opposition parties said there had been no proper consultation on the process of drawing up the budget.

The councillors were split up among four venues around the city centre to observe social distancing.

To hold a meeting and pass any budget-related matters, the council needs 61 seats.

While going through the order of proceedings, Mafaya said because she had received applications for leave from the DA only 24 hours before the meeting she deemed them unacceptable.

“The council rules of order clearly state that leave of absence should be handed to the speaker 48 hours before a council meeting. I have informed the DA that it is unacceptable,” she said.

Before adjourning the meeting, Mafaya threatened to continue it later, with or without the DA. She did not mention the ACDP, COPE or UDM.

“I’m saying all that because we don’t have numbers to proceed. I’ll notify you in 24 hours on a way forward, whether we move without those who think they are the majority.

“It can’t be that if councillors feel something is not in their favour, they boycott,” she said.

Asked later what she meant about a possible meeting proceeding without members of the opposition, Mafaya said she would discuss a way forward with co-operative governance and traditional affairs MEC Xolile Nqatha.

“The rules of order are clear. Councillors who wish to render leaves of absence should do so in 48 hours. The DA did not do that.

“The notice for the council meeting was forwarded to councillors in good time. They chose to attend to their political business rather than the council business, which they took an oath for.

“The council rules of order are clear that if councillors miss three consecutive meetings, the speaker has the right to remove that councillor from office,” Mafaya said.

Responding to Mafaya’s comments in council on Friday, Bhanga, said the contention by the speaker that they would continue a meeting even if the majority of councillors were not present highlighted her arrogance.

“It’s an example of a government unwilling to abide by the rules and laws set down in the constitution of the country,” he said.

Bay chief operations officer Mandla George, who stood in as acting city manager during the meeting, said the public participation process would be undertaken once the draft budget and IDP were tabled before the council for noting.

“It must be noted, though, that the public participation process is a continuous process that doesn’t only start once the IDP and budget are tabled before council.

“Communities are consulted starting from August and September of the current financial year and this culminates into the last process that gets undertaken once these two important documents are tabled for noting,” he said.

George said the metro would have to ensure all processes complied with the MFMA and Municipal Systems Act before the end of June.

Bhanga said in a statement on Friday: “The only council meeting that will be supported by the DA is one where an executive mayor will be elected which should be followed by a proposed business rescue plan for the municipality in order to assist and provide financial relief to residents.”