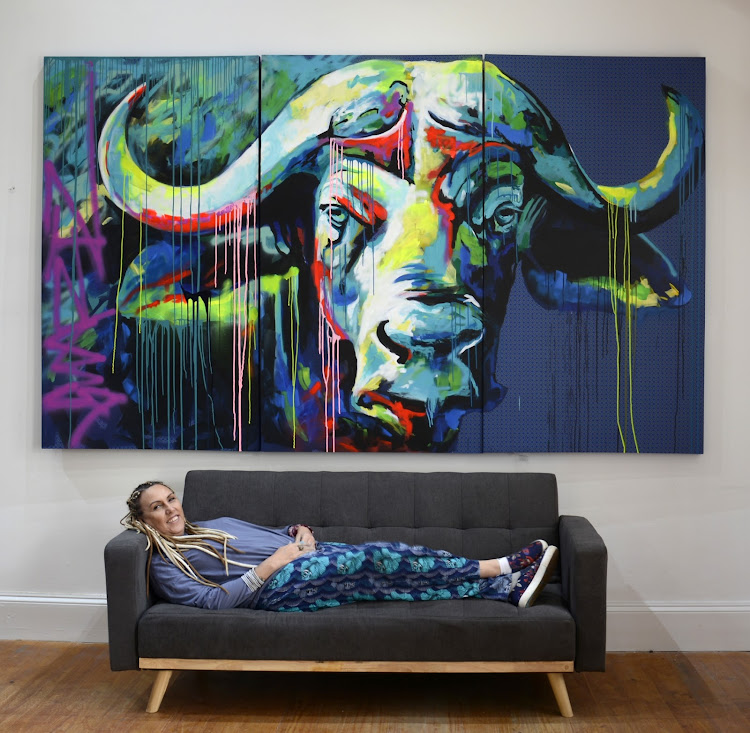 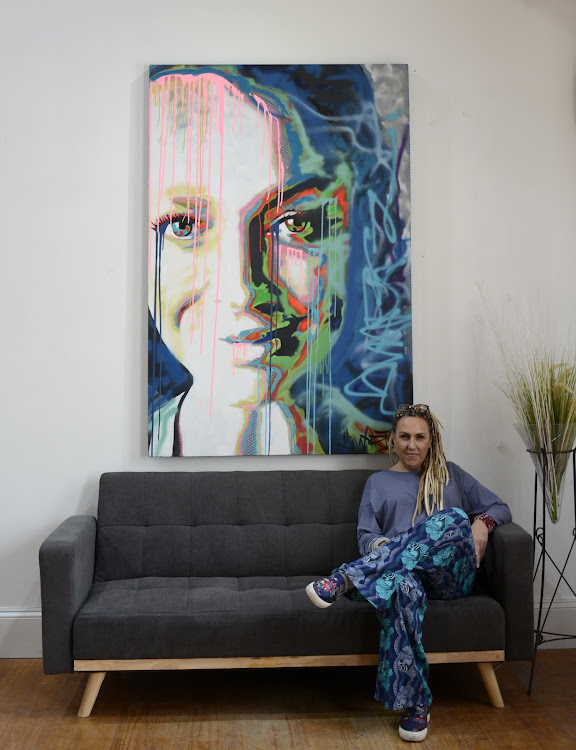 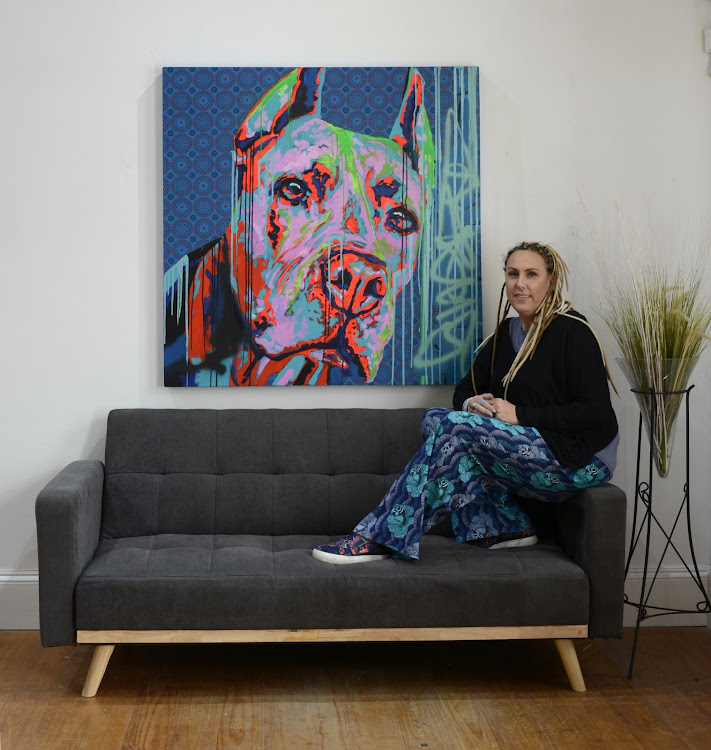 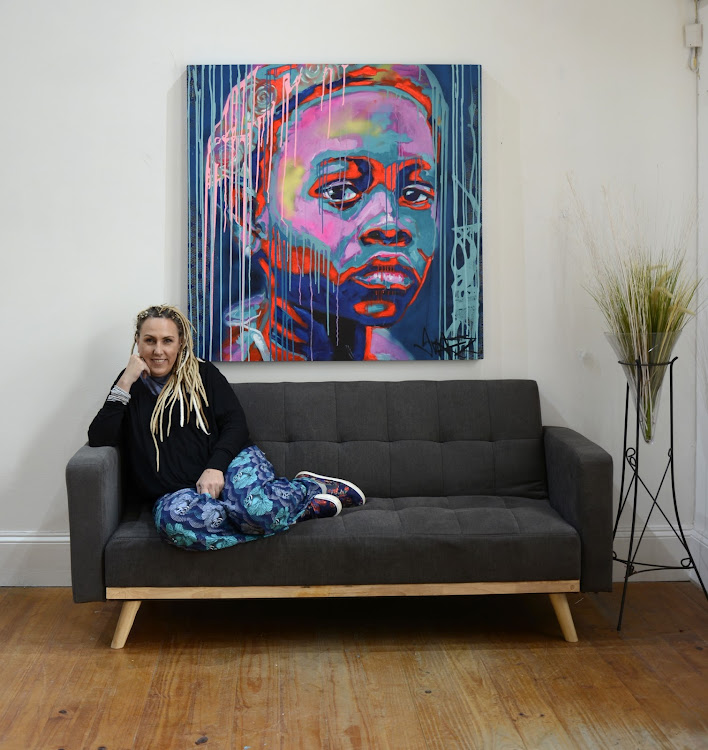 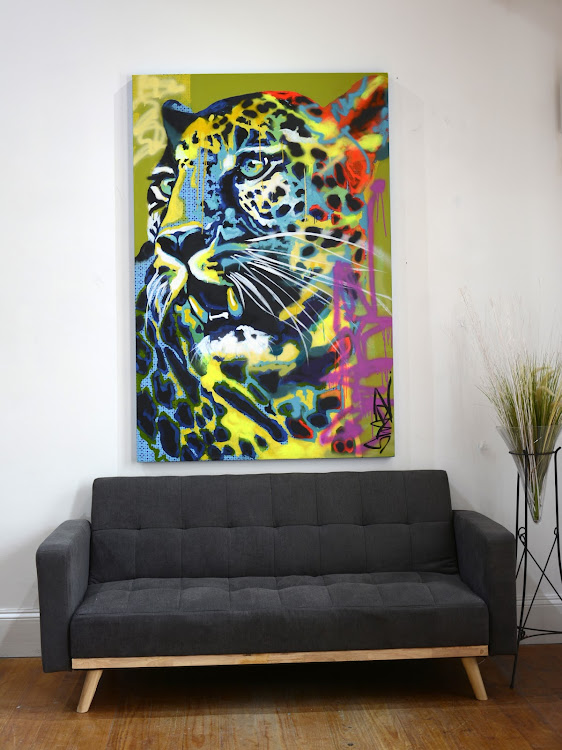 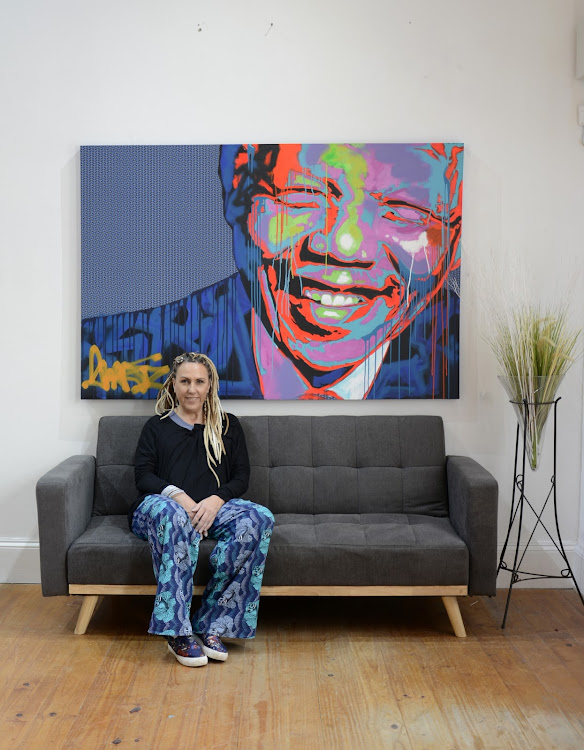 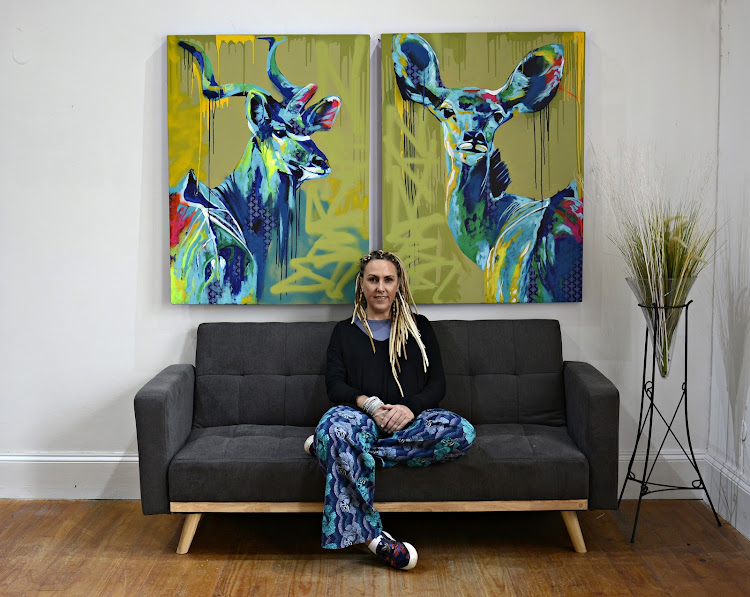 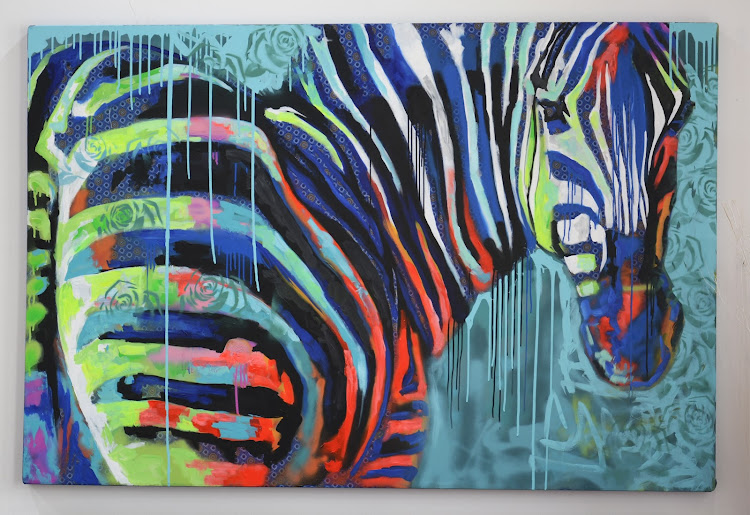 A Port Elizabeth mural painter has taken to social media to hold a virtual art exhibition.

When Nicci Swartz, 45, finally accepted that an exhibition she had planned to hold at the Onse Khaya B&B in Summerstrand was nowhere near happening due to the national lockdown, she decided to use the time to paint 15 artworks and exhibit pieces of her work using her Facebook page.

The exhibition, initially titled Juxtapose but renamed Lockdown because, well, the nation is under a lockdown, was launched on Facebook on Wednesday.

“I had planned to call it Juxtapose because it’s a juxtaposition between traditional and very modern art but now I just call it the Lockdown exhibition because during the lockdown I worked really hard and managed to finish 15 paintings,” Swartz said.

Of the 15 paintings, 12 are part of  the exhibition and three were commissioned.

When the lockdown was announced, Swartz had to pack up her tools and moved from her studio in Donkin Village to start working from her spare bedroom at home.

“I got very lucky to still be getting some commission during lockdown.

“Covid-19 has come with a lot of uncertainty. We honestly don’t know when this will ever end and if I had sat and waited I wouldn’t have a way to make an income,” she said.

Swartz sold her first painting within  a day of launching the exhibition online.

Swartz paints on canvases made from traditional African fabric using aerosols and fluorescent colours, merging traditional and modern. She said the work was in essence a celebration of SA.

“SA is still healing from so many wounds but I just wanted to have a celebration of my experience. I love my homeland, its people, animals and everything about it.

“By using the beautiful bright colours on big canvases, the intention is to just showcase the beauty of SA and what we have to offer,” she said.

Artworks in the exhibition include wild animals, a portrait of Nelson Mandela and other portraits.

“I wasn’t spending enough time at home and, after Tom won Survivor, I was missing out on everything he was doing and my son was  growing up so quickly, so we decided it was time to do something that would allow me to be at home,” she said.

At the time, she worked in the anti-perlemoen poaching unit.

Before moving to  Port Elizabeth, Swartz and her family lived in East London, where she studied towards a diploma in fine art at a satellite campus of the then University of Port Elizabeth. She completed her BTech degree at Walter Sisulu University.

She then worked as a mould artisan for Castellano Beltrame before she and Tom opened a dive shop and later moved   to PE in 2013 to focus on the anti-perlemoen poaching unit.

“When I started painting full-time it was very nerve-wrecking because that’s what it’s like to not have a salary.

“To be honest, I’ve been really lucky because  I haven’t gone even a month without getting work.

“People have supported me so much and I’ve even received orders from New Zealand, Australia and Mauritius, thanks to the power of Facebook marketing.

“Though I loved the adrenaline of the anti-poaching unit, I’m glad I made the move,” Swartz said.