‘I can still hear my mother’s screams’ 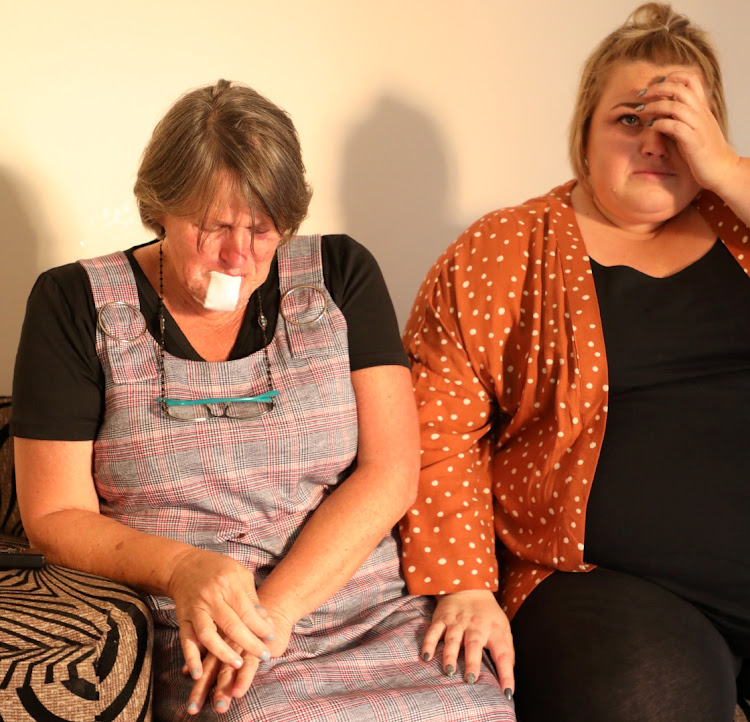 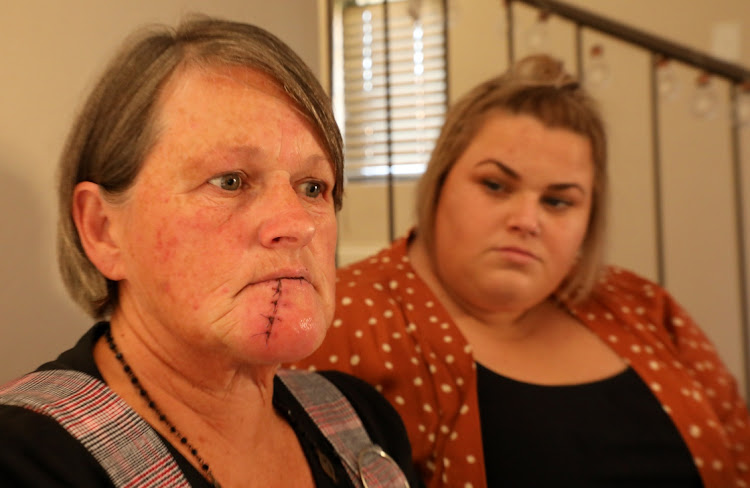 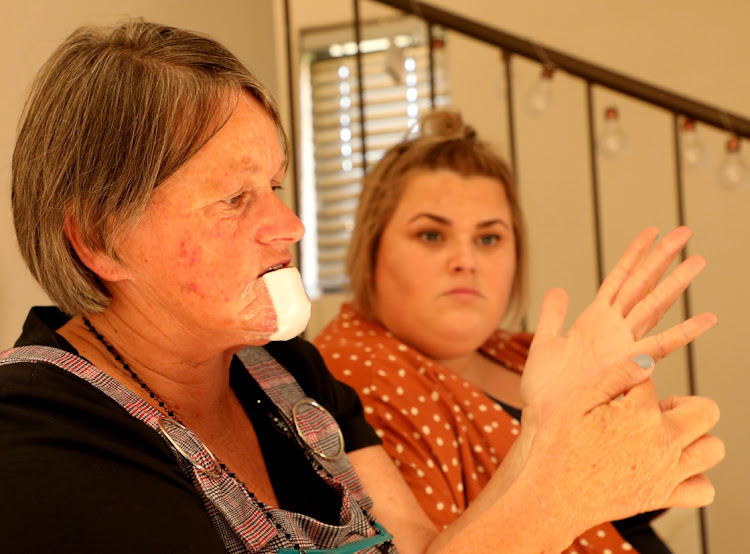 A feisty Jeffreys Bay woman has described how she launched herself at a knife-wielding intruder to save her elderly mom, who had been stabbed and strangled by the thug.

Jacoba Melo, 55, who was slashed in the face during the ordeal, told Weekend Post this week how she was awakened in the early hours by her mother’s piercing screams.

To her horror, she discovered that the intruder had stabbed her mom, 88-year-old Susannah Mylie, in the hand after throttling her as she slept.

Melo, who was staying with her daughter L’lani Hartley while her mother was in Livingstone hospital after having to wait an agonising week for her hand to be operated on, also had to be treated for a slashed lip.

Sitting on   Hartley’s couch, Melo vividly described their March 13  ordeal, saying she all she could think about was to protect her mother.

It was just after 2am when the intruder slipped into Mylie’s room and started strangling her with a  piece of wire as she slept.

“I thought my mom was having one of her nightmares and I ran to check on her,” Melo said.

“The minute I realised what was happening, I went for him before he could stab my mother again.

“I couldn’t think or feel anything at that moment.

“All that mattered to me was ‘that's my mother ... don’t touch my mother!’

“I am still numb inside, with no feelings of anger or hunger for revenge.

“I can’t feel anything,” Melo said.

Her dog had followed her into Mylie’s room, she said.

“When he saw the dog, he slashed me with the knife and ran off.”

She said the man had gained access through Mylie’s sliding door which she had left slightly open for fresh air.

An emotional Hartley said the attack was a close call because Melo was meant to have slept over at  Hartley’s house on Thursday last week, but had cancelled at the last minute.

“My mom usually goes to work at night, so I think the attacker did not expect to find anyone besides Ouma [Mylie]," Hartley said.

“I am so, so angry I cannot describe it.

“I keep looking at strangers and wondering if it was one of them who tried to kill my only family.

“I look and ask ‘was it you? Were you the one who almost killed my ouma?’," an emotional Hartley said.

She said she had received a call from a friend telling her about the attack and they rushed to her grandmother’s house.

“It broke my heart to find my mother drenched in blood, yet the first thing she told me to do was check if Ouma was OK.

“I don’t ever want to think of how it could have ended because my mother and Ouma are the only family I have.

“All we have is each other and someone wants to come and take that away,” she said.

The two women were rushed to Livingstone, where they suffered yet more anguish when Mylie had to wait six days for an “emergency” operation to her left hand.

According to the family, the elderly woman was given very little to eat during that time.

“She was meant to be operated on Friday [last week]  but the hospital staff kept pushing it [back]," Hartley said.

“They said Ouma must not eat anything before her operation.

“On Saturday they said because it was the weekend she would have to wait until Monday.

“Monday, Tuesday and Wednesday went by without any explanation when we asked what the delay was.

“She only got her operation on Thursday morning, almost a week later,” Hartley said.

She said Mylie had not eaten on Friday and Monday last week and was only allowed a teaspoon of yoghurt on Tuesday.

“She had not eaten or drunk anything.

“Her hand has swollen to double its size because the cast they had put on her was too tight.

“It’s sad that people must be scared to even ask questions at state hospitals,” Hartley said.

To add insult to injury, she added, Mylie was discharged yesterday “without [them] letting us know. She had been sitting there for hours.”

FRIGHTENING ORDEAL: Susannah Mylie smiles as she sees her daughter, Jacoba Melo, in hospital for the first time after the family's traumatic experience
Image: SUPPLIED

“The patient was operated on on Wednesday,” he said.

He did not reply to a request by Weekend Post to clarify what had caused the delay.

In response to the allegation that the family had not been told about Mylie being discharged, Manana  said no official complaint was lodged, but that the family could contact the health department to do so.

Melo said Mylie was still unable to speak about the ordeal.

“She is traumatised and has not been able to talk about it beyond uttering two words and crying every time.

“She keeps referring to her neck to say he strangled her and she cries.

“As for me, the reoccurring thought in my mind is how she screamed.

“I can still hear my mother’s screaming voice in my head,” Melo said.

Hartley said her mother usually had a delayed response to trauma.

“We have been through a lot of trauma, including abuse, and she always takes long to respond.

“But I am still waiting for a time when she will start reacting and feeling emotions,” she said.

She said her grandmother had cracked a bright smile when she saw Melo for the first time after the attack.

“The people of Jeffreys  Bay have been so kind to us,” she added.

“A lot have offered their support, and some have brought us food and gifts to cheer us up,” she said.

She said one guest house owner had offered Mylie free accommodation for a few days while additional security was being installed in her home.

Police captain Gerda Swart said yesterday that police were following leads, but had not yet made an arrest.