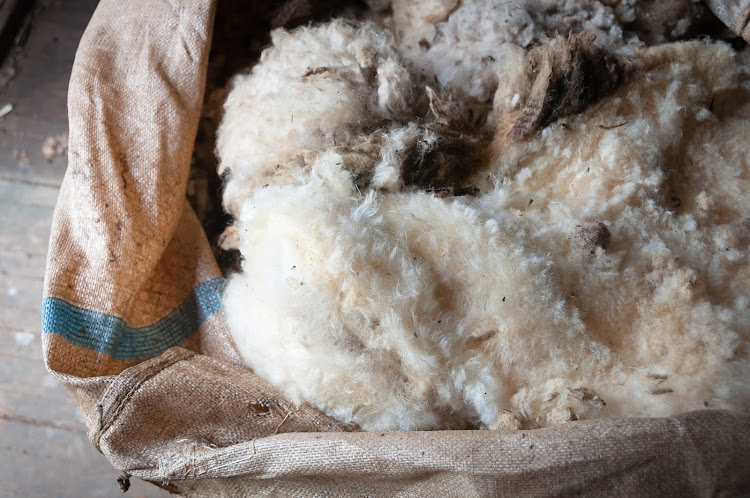 Farmers and brokers were relieved the wool had finally gone on sale.
Image: 123RF / Jane White

Farmers have welcomed a sale of wool fibre in Port Elizabeth this past week, despite lower prices being achieved.

The merino wool market indicator decreased with 0.4% to close on 16907c/kg clean at the October 16-17 wool auction.

The prices indicate a substantial increase from the initial 30% drop in market prices, compared to 2018.

However, farmers and brokers were relieved the wool had finally gone on sale.

It was light at the end of a very dark tunnel for farmers, Pierre van der Vyver, of House of Fibre SA, said.

“Farmers have been faced with a confluence of the worst possible conditions over the last year.”

In January, a foot-and-mouth disease (FMD) outbreak resulted in the suspension of SA’s FMD-status and a subsequent ban on wool exports to China, which accounts for about 71% of the country’s wool exports.

Two wool auctions in August were cancelled and one in September was postponed.

When the export ban was finally lifted on July 23, the SA Wool and Mohair Buyers’ Association Limited (Sawamba) withdrew from the auctions saying the mandatory waiting time for the wool to be stored would have a detrimental effect on their finances.

To remove the risk of FMD in the fibre, wools must be stored at 4°C for four months or 18°C for four weeks, or 37°C for eight days from date of receipt.

“Sawamba needs to pay for purchased wool five business days after purchase and in normal trading would receive their funds from between four to seven weeks later” an official statement in August read.

“In the current situation, considering the storage requirements, we will only receive our funds four months after we have paid for the wool.”

Van der Vyver said it was the first time in 40 years he had seen a wool auction cancelled.

“It meant a critical blow to producers in SA, most of whom are already trying to keep their heads above water in the ongoing drought.”

Jaap Jordaan, of Kareebos Boerdery in the Cradock district, said no wool on sale meant no money for the farmers.

“It created a critical financial burden on the livestock sector as many of the producers who rely solely on the major auctions did not receive their biggest annual paychecks,” Jordaan said.

“The recent sales have been a great relief, despite lower prices.”

The crisis highlighted the need for change in the wool industry, Jordaan added.

“Adhering to the Responsible Wool Standard (RWS) gave our family business an opportunity to export wool to New Zealand when the China ban was imposed,” he said.

“Other farmers were left at the mercy of the big buyers and traders.”

Farmers adhering to these standards can export wool to consumers that insist on ethically  and sustainably produced fibre with 100% traceability.

Wandile Sihlobo, head of agribusiness research at Agbiz, said heavy reliance on the Chinese market might have served SA well when there was minimal trade friction; however, it now highlights the need to diversify wool export markets to avert a similar challenge in the future.

Collectively, these countries accounted for 27% of global wool imports in 2018.

Considering the ongoing US-China trade war — and its 30% levy on all imports to the US from China which filters down directly to producers — SA has much to gain by branching out.

According to Van der Vyver, Australia's shearing season has begun and is likely to have a negative impact on the market for SA wool in the months ahead.