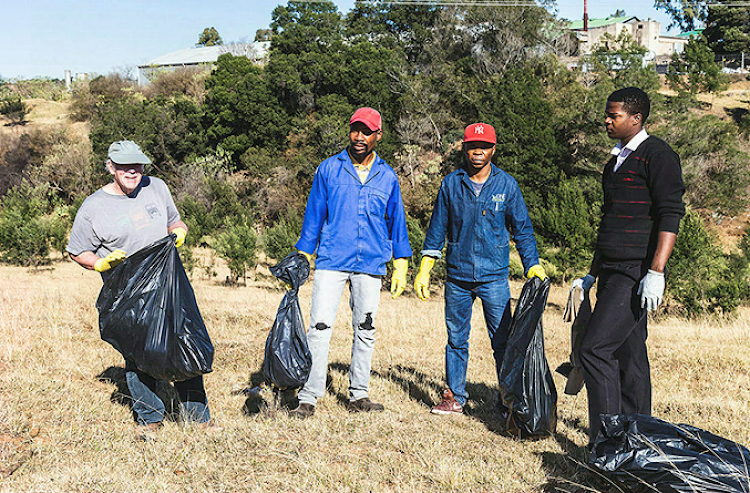 It is all hands on deck for World Cleanup Day on Saturday, with the Bay also picking away at the litter which is scattered around the streets of the Friendly City.

The Shoprite Group has partnered with the department of water and sanitation to host nationwide river cleanups on World Cleanup Day (September 21 2019) and everyone is invited to join in.

The Port Elizabeth leg of the initiative will take place at Ziyabuya along Uitenhage Road as well as in Bethelsdorp, where participants will be tackling the mess in the Chatty River.

Shoprite Group CSI manager Lunga Schoeman said SA was a water-scarce country and rivers were not only invaluable sources of drinking water for both humans and animals, they were also essential for irrigation in the farming sector.

“For us World Cleanup Day presents a great opportunity to build on the department’s river cleanup initiative, launched earlier in the year.

“Also, we’re closing in on our 1,000th cleanup and with all the events planned for the day, are racing towards that very important milestone,” he said.

The Shoprite Group staged Africa’s biggest cleanup in 2018, in which 6,000 people in 11 African countries participated in more than 500 cleanup events taking place over five days.

The retailer followed that up by again mobilising volunteers inside and outside of its business to be part of various community cleanups on World Cleanup Day 2018.

Volunteers interested in joining the emerging movement can register for existing cleanups or organise their own on www.actforchange.africa

“Our aim since starting our cleanup drive more than a year ago has always been to bring about behavioural change, which we believe is at the root of our waste problem.

“With every cleanup we’re seeing evidence of our ultimate goal – to create a movement of active citizens who act for change in their communities,” Schoeman said.

“We encourage all cleanup organisers to partner with local recyclers so that as little waste as possible ends up in our already overtaxed landfill sites.”

The meeting point for the Bay cleanup is the end of Portslade street in Algoa Park at 9am.