Tough fight ahead for Warriors 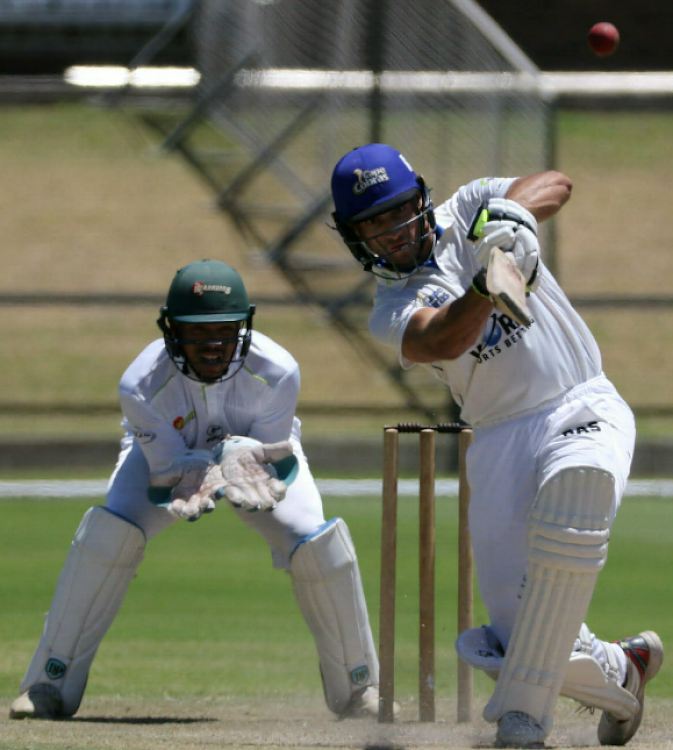 The Warriors have made a solid start in pursuit of engineering what would be an unlikely victory over the WSB Cape Cobras in their 4-Day Franchise Series cricket match at St George’s Park in Port Elizabeth.

When stumps were drawn after day three, the Warriors had reached 93 without loss after being set 416 for victory in three-and-a-half sessions.

That means they need 325 more runs for the win.

Gihahn Cloete batted aggressively to reach 59 not out while Eddie Moore, so often the aggressor, was more subdued this time around with 26.

Earlier, the Cobras declared their second innings on a massive 403 for three to give them an overall lead of 415.

And it was one of the Malan brothers who tormented the Warriors again. While Pieter was dismissed for 61 shortly before the close on Thursday, his younger brother Janneman settled in to produce a fine innings of 168 on Friday.

The Warriors bowlers toiled on day three, taking only two wickets in two sessions and a bit.

Simon Harmer eventually got Malan, who had scored his ninth first-class century, caught behind by Clyde Fortuin half an hour before the tea break.

Malan faced 279 deliveries and hit 23 fours and one six, off Harmer, which took him to his hundred.

It was all about the Cobras batsmen in the morning and afternoon sessions as Hashim Amla enjoyed a timely return to form ahead of next week’s Boxing Day Test against Pakistan by making a 61.

His wicket was the Warriors’ only other success in the afternoon period, with Basheer Walters trapping him leg before. He batted for 140 minutes and struck eight fours.

Zubayr Hamza also made 74 not out, while Kyle Verreynne was unbeaten on 35 when the declaration came.

VKB Knights seamer Shadley van Schalkwyk claimed a fivewicket haul to give his team a fighting chance in their 4-Day Franchise Series clash against the Multiply Titans at the Mangaung Oval in Bloemfontein on Friday.

Van Schalkwyk’s effort of five for 80 made sure his teammates were only set 315 for victory.

When play was called on day three, the Knights had fought their way to 163 for four, leaving the match evenly poised going into the final three sessions on Friday.

The Knights require 152 more runs, while the Titans will be after six wickets on Saturday.

Earlier, Jonathan Vandiar’s 153-ball knock for the Titans included 18 fours and one six.

Van Schalkwyk was the best bowler on display for the Knights and has given his side hope of a fine victory.

Set 386 for victory, the Lions capitulated to lose all 10 of their wickets between lunch and tea.

It was an embarrassing procession of personnel that saw them crumble to 106 all out in only 19.4 overs. That was after managing only 134 in their first innings.

Earlier, Pretorius took four second-innings wickets for 37 runs to add to his six for 38 in the first, to give him an outstanding match analysis of 10 for 75. It was also his first 10-wicket haul in first-class cricket.