Thumbs-up for ‘home of rugby’ 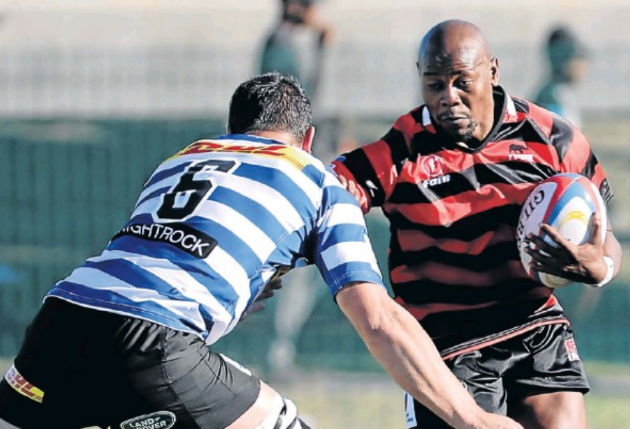 Rugby-mad Port Elizabeth, a conveyer belt of the nation’s most talented young players, has been described as the home of the oval ball code by South Africa’s new Minister of Sport and Recreation, Tokozile Xasa.

Xasa was one of several grandees who attended last week’s SuperSport Rugby Challenge tripleheader at the Wolfson Stadium in Kwazakhele.

Xasa and SA Rugby president Mark Alexander were in Port Elizabeth for the festival which culminated in a clash between the EP Elephants and Western Province.

The annual Rugby Challenge, which features club and provincial teams, is becoming one of the highlights of the city’s rugby calendar.

Though the crowd of 9 000 was down on last year’s attendance of 11 000, there was no shortage of action on and off the field.

“This is my first experience of attending the festival and it is a great one. It is wonderful to see professional and amateur teams playing in the community,” Xasa said.

“Here they don’t pay for admission and rugby is taken to communities to inspire young people. “This is the situation here and Port Elizabeth is the home of rugby.

“You have many legends and young people playing rugby here. You can see how sport can unite people from different generations.

“This can ignite sport in a particular area and mobilise people because sport is about nation building.

“Sport is a jewel in our communities and these kind of tournaments provide opportunities where young talent can be identified into a space where it can be given an opportunity,” he added.

Xasa was certainly treated to a feast of tries at her first festival, though she would have been disappointed that both the Border Bulldogs and the EP Elephants were beaten.

Xasa, who has her roots in the Eastern Cape, watched the Bulldogs go down 51-24 to the Boland Cavaliers, while the Elephants were trampled 59-12 by champions, Western Province.

In the opening game of the triple-header, Gardens edged arch-rivals Progress 23-17 in a Gold Cup qualifying match.

SA Rugby president Mark Alexander said the thing that impressed him about the SuperSport Rugby Challenge was the crowd participation.
“We had good attendance all over South Africa last year,” Alexander said.

“When we held this competition at traditional rugby facilities it wasn’t well-attended. By bringing it to people like this all of a sudden you’ve got people back in the game.

“These were communities in which rugby was played for over a 100 years and all of a sudden after unity we took rugby away from them.

“These aren’t people who will go to Newlands, but these are people who support club rugby.

“I think the way to do it going forward, is that none of these games should be played at traditional stadiums. These festivals should only be played at community stadiums.

“You can see that the mood about rugby has changed so this is where you have go, if you want this to be the game of the people you have to take it to the people.

“Also, all the younger players who were third or fourth in line in their unions have had an opportunity to play and we’ve unearthed some talented players like Aphiwe Dyantyi and Madosh Tambwe. That is an important aspect of the tournament,” Alexander said.

SuperSport International chief executive officer Gideon Khobane said the decision to take rugby to the people had been a success.

“We’ve taken rugby to the people, introduced Sunday rugby, as well as provided a platform for younger players to showcase their talent and skill in front of a live television audience,” he said.

“My highlights have been those fixtures where we took the games to the various townships around SA. Mdantsane in particular at the Sisa Dukashe Stadium where the fans came out in their thousands. Having matriculated at an all boys’ school in the Eastern Cape, I’ve always known that rugby is loved by all South Africans no matter their colour.

“I would love to see more and more fans in the stadiums. The players train really hard and a lot of resources are put behind the tournament, so it would be great to see the public embrace the tournament even further.

“I would like to see some of the players graduating to the Currie Cup and the Super Rugby teams in the near future,” Khobane said.

Meant to take rugby to the masses, unearth new talent and bridge the playing gap to Super Rugby, the organisers must have been pleased with what they saw in Kwazakhele.

The Eastern Cape, as Xasa rightfully points out, holds the key to the future of South African rugby.