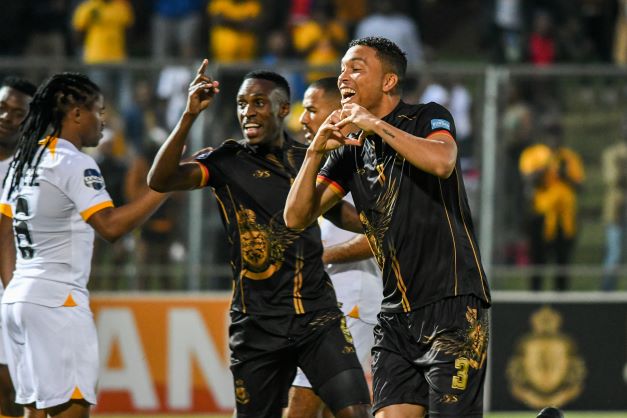 Arthur Zwane’s tenure as Kaizer Chiefs' coach began on a negative note as Chiefs suffered a 1-0 loss to Royal AM in their opening DStv Premiership match at the Chatsworth Stadium in Durban on Saturday.

Zwane will, however, take consolation from the fact that his side dominated the match and with a bit of luck Amakhosi could have bagged the full spoils.

The Chiefs coach will have to put this result quickly out of his mind as Chiefs have two massive league fixtures against Maritzburg United at home on Tuesday and away to reigning champions Mamelodi Sundowns in Pretoria on Saturday.

Chiefs were caught cold in the first minute of this game when Royal defender Ricardo Nascimento scored from a corner kick, the Brazilian finishing off a loose ball that the Chiefs defence failed to clear.

From that moment on Chiefs created three clear-cut chances with five other attempts going wide in the first 45 minutes in which they dominated possession.

Zwane included four of Chiefs’ new signings Zitha Kwinika, Siyethemba Sithebe, Yusuf Maart and attacking winger Ashley Du Preez in his starting line-up. Du Preez was unlucky not to find the back of the net in the first half as he linked up well with Khama Billiat and Keagan Dolly in the Chiefs attack.

Kwinika manned the central defensive area with Siyabonga Ngezana while Maart and Sithebe operated well in the middle of the park where Chiefs were able to take control of the proceedings after Nascimento’s early goal.

Royal goalkeeper Hugo Nyame was the busier of the keepers, denying Billiat and Du Preez while Nascimento cleared another Du Preez attempt off the line.

The home side also had two clear chances in the 45 minutes but Bruce Bvuma, in the Chiefs goal, did well the clear the danger.

The second 45 minutes turned out to be see-saw scramble, with both sides trying to catch each other on a counter. Royal were denied a chance to double their lead by Bvuma who produced a brilliant point-blank save off Nascimento’s header after another set piece by the home side.

Chiefs struggled in the final 45 minutes to create as many chances as they did in the opening half and man-of-the-match Nyame was critical in keeping Royal ahead as kept out Sithebe's shot after another good break by Zwane’s charges.

This match may tell Zwane more about the need to find more attacking options up front as Billiat, Dolly and Du Preez faded in the second half. Chiefs are without an outright striker after parting ways with Samir Nurković, Lazarous Kambole and Leonardo Castro, who all struggled to score goals for Chiefs last season.

Zwane, a former Amakhosi star, assumed coaching Chiefs at a critical time where they’ve failed to win silverware since winning the league title in May 2015. The new coach has promised to revive Amakhosi through the attacking and possession-based football that the club once dominated the local scene with.

The result against Royal may have not been what Zwane desired but there were signs that with time and patience on the part of management and fans he may be able to deliver what the club has missed in the last seven years.