Banyana were so optimistic coach Ellis was ‘worried about overconfidence’ 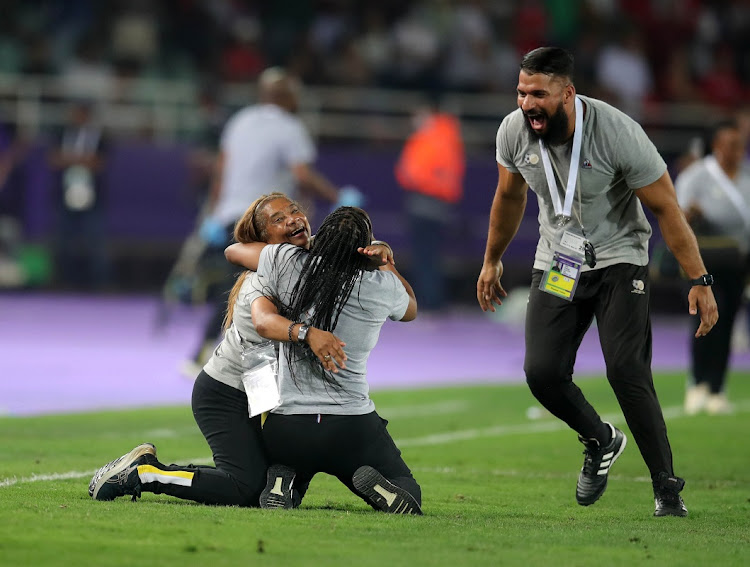 Having failed to win the Women's Africa Cup of Nations (Wafcon) title twice before Saturday's historic success — once as a player, the other as a coach — Banyana Banyana boss Desiree Ellis has revealed she was always confident of the third time being a charm.

Hildah Magaia's brace propelled Banyana to a 2-1 win over the hosts Morocco at a packed-to-the-rafters Stade Prince Moulay Abdellah Stadium in Rabat on Saturday night. Limpopo-born Magaia struck her first goal in the 63rd minute and completed her brace in the 71st. Tottenham Hotspur star Rosella Ayane pulled one back for Morocco in the 80th.

Banyana, after being Wafcon runners-up five times, finally lifted the trophy in Rabat.

Ellis was in charge when SA lost to Nigeria in the 2018 edition in Ghana. As a player, the Banyana mentor captained the women's national side when they finished as Wafcon runners-up as hosts in 2000, with Nigeria again coming out on top.

“I tried as a player to win the gold — in 2000 we lost to Nigeria. When I looked at something about this moment [in reports from some SA media], it said that Morocco were the favourites, which was OK,” Ellis said.

“It said that in the two times Nigeria were not in the final, Equatorial Guinea were the winners and I said, 'Third time lucky brother'.

“It’s been a long time coming. As a player I got a silver in SA when we lost to Nigeria. And a lot of coaches before all tried, but today was really special.

“When we walked out and saw the crowd I was not perturbed — it reminded me of when we went to Equatorial Guinea in 2015.

“Before we even went to the stadium we had a meeting. I knew something special was going to happen today.

“I thought we played really well. I said maybe we were keeping the goals for the final, but the goals were so well taken and I think the players were special tonight.”

The 59-year-old Banyana tactician said her charges were as optimistic as she was, and she was at one stage worried about overconfidence.

“When I looked at the players at team meetings, I almost didn't want to do team meetings any more because the players were so confident. They always came in singing, dancing  with their big speakers.

“They were so confident and determined even when we lost Thembi [Kgatlana, who left the tournament due to a ruptured Achilles].'”

*Ndebele is in Morocco as a guest of Sasol, Banyana’s sponsor