‘Why did you leave?’: Al Ahly fans call for Pitso Mosimane to return after painful Zamalek loss 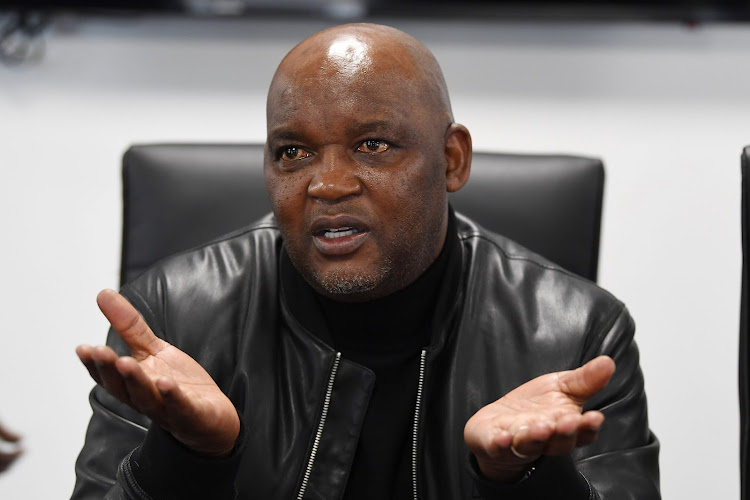 Al Ahly fans have called for the return of former coach Pitso Mosimane after several disastrous results and a loss to bitter rivals Zamalek in the Egypt Cup final on Thursday night.

Zamalek raced into a 2-0 lead within 30 minutes, thanks to goals by Ahmed Sayed Zizo and Imam Ashour. Al Ahly pulled one back in the second half but couldn't find an equaliser  as Zamalek looked to add more to the scoreline.

In the end it was a painful loss for the side who said goodbye to Mosimane last month.

Since his departure, Al Ahly have lost twice and drawn twice in seven games in the Egyptian league, taking 11 points out of a possible 21.

Pitso and Al Ahly both raced up the Twitter trends list after the Zamalek loss, with some laughing at the Egyptian club's misfortune since Mosimane left, and others asking him to return.

Mosimane earlier told an apologetic fan they should not regret his departure from the team.

“My brother, please do not regret my departure. Al Ahly did not fire me or push me to go. I have big respect for president [Mahmoud El-]Khatib and the entire board, including all the supporters of Al Ahly. I will always cherish all our trophy celebrations,” he said.

Mosimane explained his decision to leave the team, saying he needed rest.

“I have memories and archives (banners, chants of me at the stadiums). Unfortunately, I decided to come home. I needed this rest with my family. You now have an experienced European coach everybody should support, and I believe he will leave the jersey at a higher place than he got it,” he said.

Here's a look into some reactions to Al Ahly's loss:

Ya'll won't win anything without Pitso, we put some Limpopo finest on you. pic.twitter.com/POQ57gSr9O

We miss you, Coach. We miss our victories with you. We miss everything with you, the Al-Ahly fans, and I am one of them. We experience a feeling of sadness like no other.
We know your value. I pray you come back @TheRealPitso pic.twitter.com/xu1RAIDXiZ

Please come back for Al Ahly we are in pain pic.twitter.com/NjVM8VaGq2

We are Al ahly.. we ara a big team..
When we had a great coach.. 🦅❤️@TheRealPitso pic.twitter.com/jIGZjtyQ6k

Downhill and the club legends such as @SikonathiM have gone to ground. https://t.co/WO81xbm4Tf

Al-Ahly club.
We hope that you will come back to our club to help us rise again. Thank you very much, Mr.pitso

Where are club legends who used to insult Pitso pic.twitter.com/4BlysGkp5P