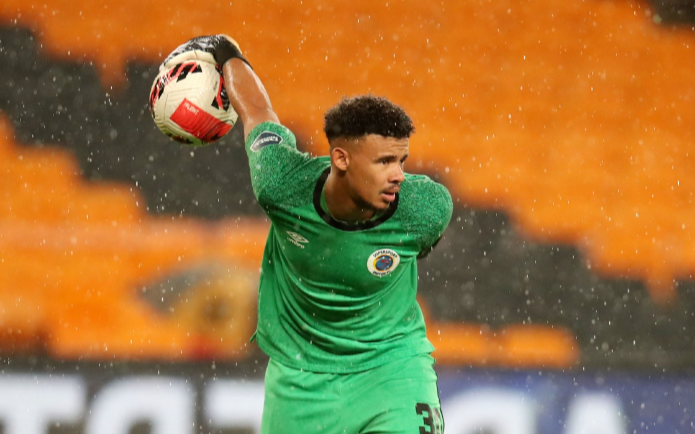 SuperSport United coach Gavin Hunt has given his blessing to goalkeeper Ronwen Williams, who is joining Mamelodi Sundowns.

Bafana Bafana captain Williams will join star-studded Sundowns on a five-year deal. He was not part of the Matsatsantsa a Pitori team doing their preseason camp in Polokwane as he was given the green light to negotiate personal terms with Sundowns this week.

It was Hunt who gave Williams his debut for SuperSport in 2011 and the keeper went on to enjoy an illustrious career that saw him being named captain at club and national team level.

He amassed more than 250 appearances at a club where he has spent more than a decade, winning four titles — two Nedbank Cups, the Telkom Knockout and the MTN8.

At Sundowns he will compete for the No 1 jersey with veteran goalkeepers Denis Onyango, Kennedy Mweene and Reyaad Pieterse.

“Right now as I stand, obviously there has been a discussion. We know things are on the go. He is not here [in Polokwane],” Hunt said on Wednesday.

“Something has to happen. He has been a servant of the club for 19 years. I mean, I gave him his debut.

“If the opportunity comes for him, you can’t deny him that. I don’t know if anything is done as we stand, obviously. Things are done in an hour or minute, that's all I can say.”

Williams, 30, has made it clear he wants to win the league title with Sundowns and compete in the Caf Champions League.

The deal included Ricardo Goss moving to SuperSport on a loan deal. Goss worked with Hunt at now-defunct Bidvest Wits before joining Sundowns when the team was sold to Tshakhuma Tsha Madzivhandila two years ago.

Goss struggled for game time at Sundowns but he's sure to be No. 1 at SuperSport now that Williams is leaving. George Chigova was Williams' No. 2, with Boalefa Pule the third-choice keeper.

TimesLIVE has also been informed that Thabang Sibanyoni, Luvuyo Phewa and Promise Mkhuma will join SuperSport as part of the deal.

Sibanyoni and Phewa spent last season on loan to the University of Pretoria in the National First Division, where they both had an impressive season.